What is God Doing in Your Life? 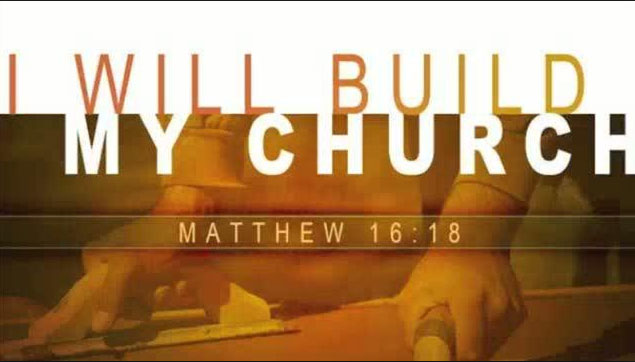 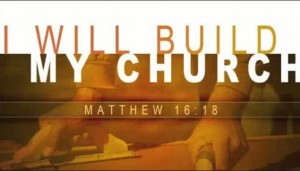 If you travel to China or North Korea and try to speak to people about Jesus, to tell them who he is you could be arrested. Religion is officially outlawed. To speak about Jesus Christ is subversive, the good news found in the gospels undermine and threaten the authority of certain regimes in the world.

That is true today and it was also true when Jesus was travelling with his disciples. At first glance the opening verse of our lesson from Matthew’s Gospel this morning appears to be a throw away verse. All it does is provide you with the geographic location of where Jesus and the disciples were. It is the type of information that we see in countless other passages in the gospels.

What is God Doing in Your Life? – Audio Sermon

However, this piece of information is vital to understanding and putting into perspective exactly what is going on in this passage. Jesus and the disciples are at Caesarea Philippi, a Roman city. They are north and west from where Jesus has been doing most of his ministry. This is significant for two reasons, first Jesus and the disciples are away from prying eyes and ears. They can have their conversation without being over heard by Jewish authorities or risking that someone will report back to Herod.

The second reason this is important is that they are at a Roman city, a city which is part of the Imperial occupying army. It is named after a Roman Emperor, who in accordance with the Cult of the Empire is considered a god by the citizens of the Empire.

The conversation Jesus has with the disciples that day is held in the shadows of the power of the Empire. Being over heard there could result in their deaths.

Now take note of the answer that is given. The disciples reply that some say you are John the Baptist, that crazy prophet living in the wilderness. Others say your are Elijah. Elijah who did not die, but rather was taken up to heaven by God in a whirlwind. In other words people were not saying that Jesus was this great guy who loved the children, who was gentle and meek.

People were saying that Jesus was a force of nature. That Jesus was a dead prophet come back to set people straight. That Jesus was a prophet declaring the righteousness of God. Folks Jesus was the voice we don’t want to hear. Jesus is the guy who is telling us that everything we think we are doing right, well maybe not so much. And let’s be honest with one another, most of us don’t like that person. They annoy us because we know they are right and what is worse what they are telling us will force us to make changes in our life that we might find uncomfortable and unpleasant.

It is only then that Jesus asks the disciples who they think he is which sets the stage for Peter’s famous confession. Peter replies, “You are the Messiah, the Son of the living God.”

What Peter acknowledges and confesses today is what the Canaanite woman realized in our lesson from last Sunday.

With these words Jesus renames Peter and says to him that upon this rock I will build my church.

Now friends, hold onto your pews because this is where our passage gets tough. Jesus says, “I will build my church.” Not you or we, not your church or my church, but Jesus’ church. Further, Jesus is going to do the building. That has implications for us and how we think about church, about how we think about our community of faith.

The question we need to decide is upon what is Jesus building his church? Is it Peter himself or his testimony? This is a question that has divided the church and at its heart it deals with Apostolic Succession. The Roman Catholic Church interprets this passage as the rock being Peter, the man. For myself, I believe that it is Peter’s confession of faith that is important here.

The rock is not Peter, but Peter’s testimony. In other words it is not us per say, rather it is what we confess. It is what we believe. I mean Peter has the worst track record going, so it is not about our strengths or weaknesses, instead it is about our understanding and acknowledging that Jesus Christ is the Son of God, our Saviour, the Messiah. This is what Jesus is going to build his church on.

Friends, Peters’ confession and Jesus’ reception of this confession forces us to take our own ego’s out of any question of concern about the church. Because it is not about us, it is about God.

Friends, the church is not a voluntary association of like-minded people, it is not a means to an end. The church is an article of faith. Jesus will build his church. Jesus does not say build your church, he says I will build my church.

Historically, the church has tried very hard to affirm its authority through external means. Look back through our history, consider the Reformation, all of the church councils going all the way back to when Emperor Constantine of the Roman Empire called the first ecclesial council.

From that time forward we have worked to codify and control what the church is and what it looks like. As Presbyterians we are very good at this. We like things neat and orderly. However, friends I would suggest to you that we are moving away from a time where things are neat and orderly and perhaps a lot less comfortable than we are used to.

“The opportunity that comes to serious Christians at the very point where Christianity seems to be in decline is an opportunity that has seldom presented itself in Christian history: namely, the opportunity actually to become the salt, yeast, and light that the newer Testament speaks of as the character of Christ’s disciple community. To grasp this opportunity, however, we must relinquish our centuries-old ambition to be the official religion, the dominant religion, of the dominant culture… we must disengage ourselves from our society if we are going to re-engage our society at the level of truth, justice and love.”

If you would like to read more on this you can borrow the book I mentioned, it is only 66 pages and is rather easy to digest.

The church is founded on the answer to a question that Jesus asks. Who do you say that I am?

That is the rock upon which the church is built, that Jesus Christ is the Son of God. That is the source of any and all Christian authority.

This passage demands of us that we move past our political affiliations, our denominational association, our ethnic backgrounds and our theological perspectives. It demands this because it speaks to a foundational truth that too often we overlook or simply take for granted. That Jesus is the Son of God and it is this testimony that the church is built on.

Anything we do as a ‘church’ is dependent on us first recognizing this affirmation made by Peter.

To recognize that weakness is praised, to realize that we are called to be a community of faith together. A community that testifies to the life-giving power that we realize in Jesus Christ.

We must ask ourselves the question, what has God been doing in our own lives?

We must ask ourselves, how do we as people who live in the shadows of power, how does Peter’s confession change our lives? If we echo Peter’s confession, if we testify that Jesus is the Messiah, the Son of the living God what does that mean?

In the building up of Christ’s church and in the living of our lives, what are the consequences? What is asked of us.

Friends, where this confession is said matters. It is counter cultural, it could get the disciples killed and it can still get you killed today. Think to yourself, when was the last time you asked yourself or a friend what God was doing in your lives? When was the last time that you shared with a friend or a work colleague that Jesus Christ was the son of God, the Messiah?

You don’t need to answer. You and I both know the looks we would get and the words that would be spoken behind our backs. Because the world is still not ready to hear this message, it does not want to hear this message. It is afraid of it because it challenges to the very core the lives we live.

And yet, we confess Christ as Lord. We are called to be a part of his church, to carry out his mission in a world that just wants us to go away. And so we must find new ways to do old things, to carry out the mission of truth, justice and love that God through Jesus Christ calls us on. Amen.