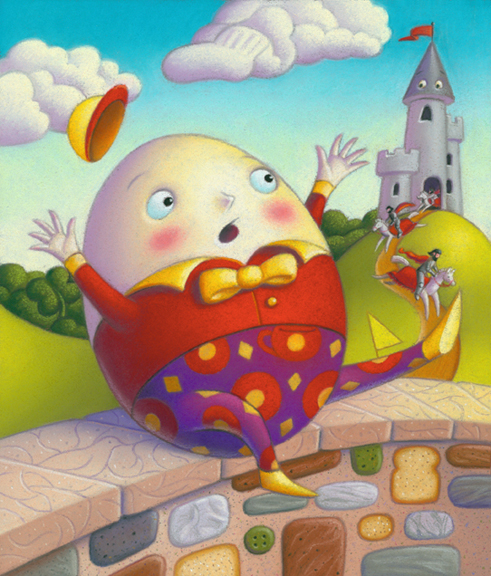 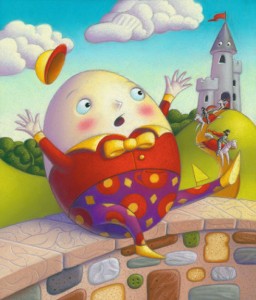 We all know the nursery rhyme Humpty Dumpty. A simple rhyme told to children at bedtime.

This week I did some reading about this nursery rhyme and learned about some of the theories behind its origins. Here are some of the more interesting theories as put forth by Wikipedia:

The Oxford Dictionary provides the following as one possible definition: A person or thing that once overthrown cannot be restored.

No matter the origins of the phrase it remains popular in children’s nursery rhyme books. In children’s books today Humpty Dumpty is described as an egg.

What you are probably wondering at this point is what Humpty Dumpty has to do with scripture. Specifically, the first Sunday after Christmas. This week Mary and Joseph take Jesus to the temple as prescribed by Jewish Law. They are met by Simeon and Anna, two faithful individuals who have been waiting to see the Messiah.

Still not sure what Humpty Dumpty has to do with anything? Join us on Sunday for worship at 10:30am.

Heavenly Father, in these first days after the birth of your son we give you thanks. You have given us the greatest gift and we rejoice that you love us so dearly. We praise your name and seek to live in your holy way. Give us ears to listen, eyes to see and hearts that love. In Jesus name. Amen.