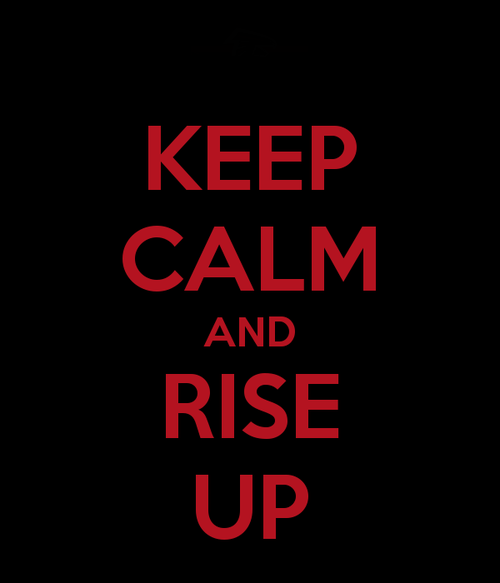 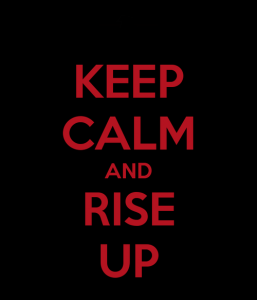 Let’s start this morning with a nursery rhyme. If you know the words feel free to say them with me. I suspect that most, if not all of us, know the words to this one:

Why did Humpty fall?

Did he loose his balance? Was he pushed? Did he fall asleep up there?

I’ve always wanted to know, but the nursery rhyme doesn’t address that. It just tells us he was up on a wall.

And what was he doing up on that wall anyway? It seems like a silly place to sit. I think a chair, a bench even a pew would be a more comfortable place to sit than a wall.

I imagine that Humpty must have been important. After all it is the king’s horses and the king’s men who come to his aid. He must have been an important person. Why else would the people whose job it was to attend to the king come to his aid. In reading about Humpty Dumpty one theory is that over time the image of Humpty Dumpty was used to refer to King Richard III. So perhaps that is how the king’s men got involved in things.

Though I must confess I am baffled at how the horses could have helped. They don’t even have fingers, never mind opposable thumbs. I imagine it must be a really silly scene, which is perhaps why it is a children’s nursery rhyme. I suppose I’m digging a little too deep into this one.

So Humpty Dumpty had a great fall and afterwards he wasn’t able to get back up. The king’s men and horses couldn’t put him together again.

There is a lot going on in our scripture passage today. The presentation of Jesus at the temple. The reading begins with the law and it ends with the law. We learn that Mary and Joseph were devout Jews and were raising their son that way. We sometimes forget that in his faith life Jesus was Jewish.

We learn another thing about Mary and Joseph. They are poor. For the offering they provide a pair of turtle doves instead of lambs. Turtle doves were offered by those without much means. So when Simeon first see’s Jesus, when the promise made to him long ago is completed he realizes that the Messiah is being raised in poverty. As I reflect on that this week it gave new meaning to the second line of the song The Twelve Days of Christmas. Two turtle doves, the sacrifice Mary and Joseph presented when Jesus was first brought to the temple.

We learn very early that Jesus will be a light to Gentiles and Jews alike. That his message, his purpose is for all people.

We learn that faithful people were waiting for the Messiah, just as we wait today. Simeon and Anna represent one generation and you can see the trust that they are placing in the generation that will follow them. What can we learn from that trust?

However, it is the message that Simeon has for Mary that I want us to focus on this morning. Not the words he said to Jesus when he first met him and held him. Rather, when he gave the child back to Mary and you can imagine that scene can’t you?

The new family at church. We all know how we get when we see a new family at church. Fresh blood, we start swarming like sharks to greet them! Well friends there is scriptural precedent for this behaviour as Simeon swoops right in and takes Jesus right from Mary’s arms! You can imagine the scene.

But those words Simeon says to Mary once he gives the Christ child back to her. “This child is destined to cause the falling and rising of many in Israel, and to be a sign that will be spoken against, so that the thoughts of many hearts will be revealed. And a sword will pierce your own soul too.”

As a father those aren’t the words I want to hear about my child. As a mother holding her infant child I can only imagine the chill that ran down Mary’s spine. Because she knew, she knew who her son was. So here at the beginning we have the foreshadowing of the end.

Specifically I want to focus on the falling and rising of many. Which brings us back to Humpty Dumpty and his fall.

Let’s talk about the fall of icons, of celebrity. I hope I don’t pick on anyone favourite here this morning. So please don’t nurse a grudge.

Let’s talk about Tiger Woods. Great golfer, rises to fame, set to break all the records. He is viewed as a safe investment for companies to use as a sponsor. He is on top of the world. He rises. Then he and his wife have trouble and that’s putting it politely. He falls and he has never really recovered from that.

In an episode of Paw Patrol, a kids show, Rubble wants to be Super Dog! All the Paw Patrol dogs are heroes, everyone in Adventure Bay knows them. Whenever there is trouble, you call the Paw Patrol, no problem to big, no pup to small. So in this one episode the train is stuck. There was an avalanche and the tunnel is blocked. Rather than getting his friends, Rubble decides he can be Super Rubble and take care of the problem himself. Except that he can’t and he ends up getting hurt. Fortunately, his friends come and help him out. The beauty of kids shows is they often provide the moral lesson for us. Team work, don’t think too highly of yourself.

So in our world of celebrity and quick success, where everyone wants their fifteen minutes of fame we see a lot of people rise and we watch a lot of people fall. Whether it is celebrities, businessmen or politicians we have watched in recent years some incredible collapses.

Just like Humpty Dumpty we get on top of that wall and then we fall down. Usually we don’t get back up. However, did you catch how Simeon worded that phrase to Mary?

Simeon says the fall and then the rise. Fall then rise.

Not so with Jesus Christ. When we fall, Jesus lifts us back up again. Jesus makes us whole.

This is a wonderful illustration and summary of Jesus’ teaching. It starts here and it summarizes the Gospel message. Fall then rise. Jesus heals, he teaches, he provides true wisdom and insight.

Then he is raised on the cross, where he dies and is buried only to rise again and ascend into heaven. Right here in the second chapter of Luke’s Gospel we have the very powerful message of the resurrection. If it seems an odd or poor choice of scripture lesson for the first Sunday after Christmas we need to remember that this is why Christ came in the first place.

That through Jesus Christ we are lifted up. The king’s horses and the king’s men couldn’t put Humpty Dumpty together again. They couldn’t raise him back up, but Jesus can. Jesus lifts us up.