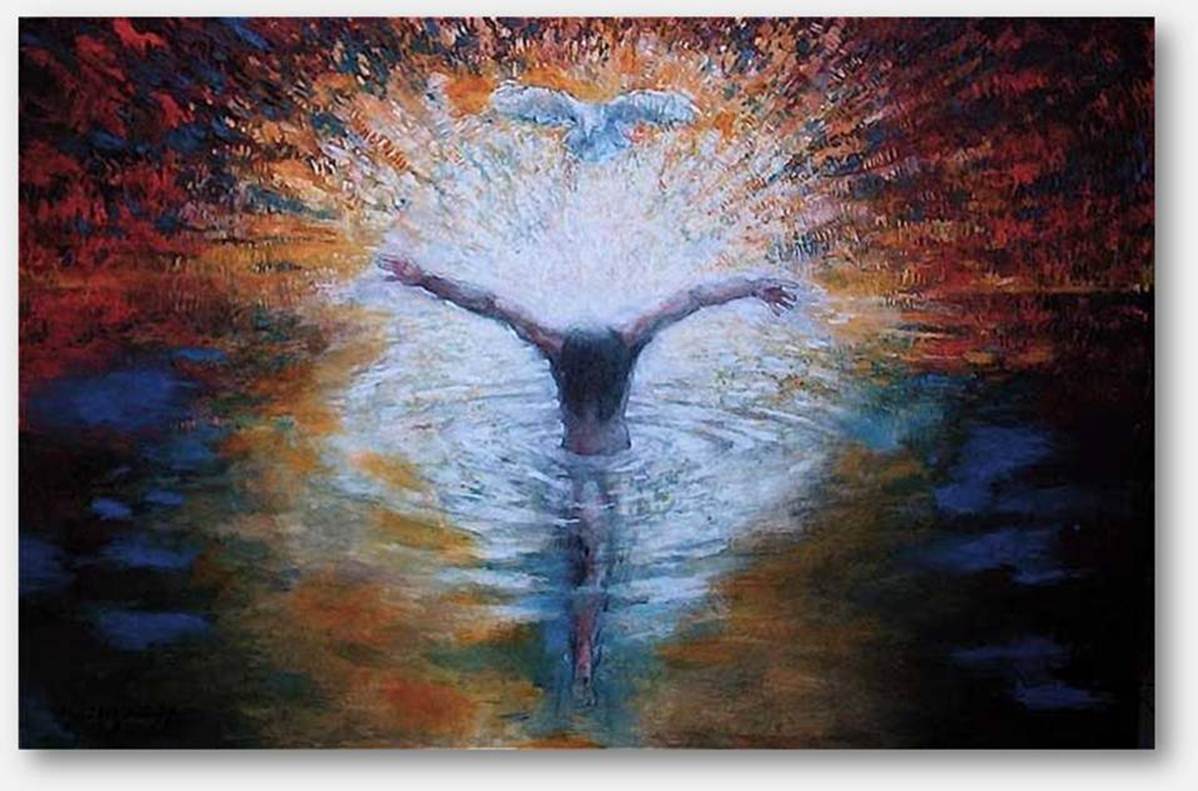 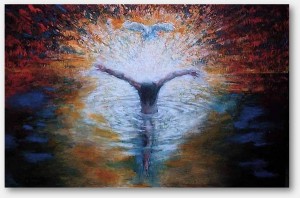 Luke Skywalker has returned to his home planet of Tatooine in an attempt to rescue his friend Han Solo from the clutches of the vile gangster Jabba the Hutt.

Little does Luke know that the GALACTIC EMPIRE has secretly begun construction on a new armored space station even more powerful than the first dreaded Death Star.

When completed, this ultimate weapon will spell certain doom for the small band of rebels struggling to restore freedom to the galaxy…

These are the words we find in the opening crawl of the Star Wars movie, Return of the Jedi. The third movie in the original trilogy. After reading these words the events of the first movie have been summarized, the original Death Star was destroyed by Rebels. Luke now needs to rescue his friend Han Solo who has been captured by Jabba the Hutt which summarizes the end of the second movie. The events of the current movie are thus set in place. Rescue Han Solo so that the Rebels can destroy the new Death Star.

Within a few minutes you are caught up and you have reasonable expectations on what is about to happen. This is how Marks’ gospel opens. Mark begins in the first three verses which we did not read by telling us that this gospel is about Jesus Christ, the Son of God. From there we have the words of Isaiah about one who would prepare the way. We then move to that messenger, who is John the Baptist. In eight short verses Mark sets the scene and rushes us into the action.

Jesus’ baptism takes up only three verses in this gospel and then Mark sends Jesus off into the wilderness. It is a roller-coaster of a ride. Mark spares us the detail and gets us right into the action. However, within Mark’s rapid fire description of events we find deep theological issues.

Friends what we see in this small section of Mark’s gospel is a glimpse at the grand narrative that we have in scripture. Contained within these verses are clues to all of scripture. Mark takes us all the way back to the beginning and then illuminates the ending as well.

Consider that John is baptizing people in the Jordan which is the dividing line between civilization and the wilderness. When in scripture do we often think about the wilderness? When Moses freed the Israelites from the Egyptians and they wandered for forty years. A clear connection is being drawn. Consider that the Spirit then sends Jesus into the wilderness for forty days. Mark is making a clear connection between the story in Exodus and Jesus. The Israelites wandered and they were tested by God. Jesus is similarly tested.

When Jesus is in the wilderness who is there with him? The wild beasts, when is a time we can think of wild beasts? The creation story in Genesis, Adam and Eve who named the beasts and dwelled with them. The serpent which was the craftiest of all the wild beasts that the Lord God made. Mark is making clear connections about who Jesus is and what Jesus’ purpose is.

The action might play out quickly, but make no mistake it should not take away from the grandeur of what is being described. The first thing to clarify is the words used by Mark when Jesus comes up from the water. The translation in the Good News, NRSV, NIV all say as soon as. The most accurate way to translate this adverb is ‘immediately’.

It is not and just as he was coming up out of the water, but immediately upon coming out of the water, he saw the heavens torn apart and the Spirit descending like a dove on him. Think of that the heavens being torn apart. What an image that must be. Of course it happens two more times in Mark’s gospel. Once at the transfiguration and then again at the end. When Christ hangs on the cross and breathes his last. The heavens are torn open and the curtain in the temple is torn in half. Mark is providing powerful images for us, important clues about who Jesus is and why Jesus came to be with us.

Just what does it mean that when Jesus emerged onto the scene the heavens get torn open and that as Jesus exits the scene the curtain in the temple gets torn open? According to theologian Tom Long there was an occasion a few years ago when a biblical scholar was explaining Mark 1 to a group of teenagers. This scholar told the teens that when Jesus was baptized, the skies did not just open up, as some older translations said, but in the original Greek of Mark 1:10 we are told the skies ripped open, split in an almost violent way. This was very dramatic and forceful. “Get the point?” the scholar asked the group. “When Jesus was baptized the heavens that separate us from God were ripped open so that now we can get to God. Because of Jesus we have access to God–we can get close to him.”

Now there was one young man sitting in the front row, arms crossed, making a fairly obvious display of his disinterest. But suddenly he perked up and said, “That isn’t what it means.” What?” the Bible scholar said, startled. “I said that isn’t what that means,” the teenager repeated. “It means that the heavens were ripped open so that now God can get at us anytime he wants. Now nobody’s safe!”

Now, whether or not you go along with the idea of being unsafe, the teen was on to something in realizing what was going on. There is a sense that in Jesus’ baptism, God was tearing open the veil of the heavens because he was now coming to get at us via his only Son and via his Holy Spirit who is now animating and empowering that Son for the ministry before him. Just as he is animating and empowering us to follow in that same ministry.

The Holy Spirit descends like a dove upon Jesus. I wonder if this is a leisurely landing or if the Spirit is descending with great speed towards Jesus.

Friends, this is God coming down to dwell with humanity, which is a cosmic, earth shattering event.

Immediately after his baptism, the Spirit drove Jesus out into the wilderness. The Spirit didn’t ask him if he wanted to go, it drove him out. Almost as if Jesus was compelled to go out into the world, to be tested before his ministry would begin. Friends, this short passage at the beginning of Mark’s gospel has it all.

What, I wonder, do our own baptism’s mean in light of this?

In Living Faith, one of our confessions of faith we can read the following:

Baptism is a sign and seal of our union with Christ and with his Church.
Through it we share in the death and resurrection of Christ and are commissioned to his service.
Water is administered, which signifies the washing away of sin,
The start of new life in Christ,
And the gift of the Holy Spirit.
It is the sacrament not of what we do but of what God has done for us in Christ.

Baptism is also an act of discipleship that requires commitment
And looks towards growth in Christ.

We too have been baptized. We have stood before this font and had water administered in the name of the Father, Son and Spirit.

Like us Jesus received a baptism of repentance for the forgiveness of sins. Jesus was baptized into a renewal movement that his older cousin John had started. He didn’t start things, but he did finish them. Just as we do not start the work we do, Jesus has started it we are called to finish it.

Do you ever wonder how God reacts to our own baptisms? Friends the skies were torn open when Jesus was baptized, but I do not believe that God reacts with any less joy when we too are baptized. We baptize with water to signify the baptism by the Spirit that we have received from God.

As we baptize in the name of the Father, Son and Spirit I can envision the Spirit filling this sanctuary with life. We often think of the Spirit as the energizer or the sustainer.

The Spirit fills us up when we are at church and then it drives us right out of the church and into the world. Just as it drove Jesus right into the wilderness. Often on a Sunday morning after the service Nellie will greet me at the door and state that her batteries are charged once again for the week. That is the Spirit at work and that same Spirit demands that we go out into the world to be tested and tempted just as Jesus was. There we wrestle with the beasts and we act as a pastoral presence in a world that sorely needs healing. It is a sobering task and we need the earth shattering power of the Spirit to aid us in it.

C.S. Lewis is reported to have said that “the Spirit is not lighter than matter, but heavier.” The work we are called to is not light or trivial, rather it is a weighty heavy thing. A serious task that needs doing. It doesn’t mean we can’t find joy and mirth in doing the work, only that the work we do is of consequence.

Friends, in our lesson from Mark’s gospel we go from the past, the present and into the future. Mark demonstrates who Christ is, why Christ needs to come and what Christ will do for us. After being baptised, Jesus is immediately sent by the Spirit into the wilderness to be tempted by evil. An engagement with evil.

Friends, an engagement with evil is what Jesus was all about. It is why he came, why he shared in the baptism, why he taught, why he healed and why he died on a cross. He battled the ultimate battle for our sake out of great love for us and provide for us grace upon grace.

Remember your baptism. Remember that you are loved by God and do not be surprised if the Spirit immediately drives you into the wilderness to be tested. Remember that this path was first walked by Christ. He has made the way plain to see, follow him and trust in him. For his promise is eternity. Amen.