The Voice of a Child 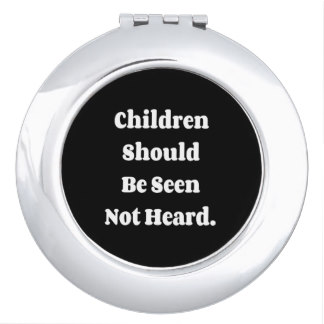 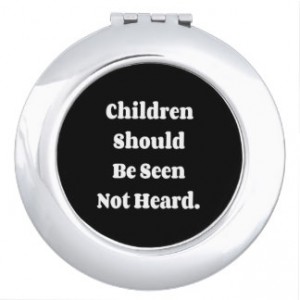 Over the past couple of weeks I have read a few stories about various municipalities that have sought to place a ban on the well-loved winter sport of tobogganing.

It seems that the kids have found new ways to go faster, take greater risks and just generally have more fun than they ever have before. Except I know that’s not true because I’ve chatted with some of you and heard some pretty interesting stories about your childhoods. Don’t worry, I won’t mention any names.

Of course the concern is over liability if someone gets injured. The fear being that the injured tobogganer or their parents might sue the city. I suppose it is a legitimate concern as we live in an increasingly litigation happy society.

However, if I can be so bold it seems to me that denying kids the right to travel at speed down a snowy hill is just unCanadian.

The Voice of a Child – Audio Sermon

Truth is guarding our kids from getting hurt while tobogganing is just the most recent manifestation of how we protect them. We live in the age of the helicopter parent, where mum’s and dad’s swoop in when anything goes wrong, whether it’s a stumble or a bad report card. When life gets rough for our children we move in and instead of trying to comfort our children we tend to try to fix the problem.

Kids today do grow up faster than they used to. They are exposed to information and truth’s about the world at a far faster rate than in the past. The Internet, the proliferation of mobile technology gives our kids access to information far easier and far faster than in the past. So perhaps we are right to be afraid, to want to move in and protect our kids. In many ways it is a parental instinct.

You never know what YouTube is going to recommend as the next video or what might happen when the kids change the Netflix profile to yours instead of theirs. What a typo in Google will bring up as a search result. We do our level best to protect our kids and for good reason, we do not want our kids to hear or learn things that we feel they are not mature enough to handle.

Friends, what happens if that message that we are afraid of comes directly from God?

There is a tendency to use this passage as a cute way of talking about how God calls us. We take Samuel’s response of ‘Speak Lord, your servant is listening’ and turn it into a light hearted conversation about discipleship. We say, “So kids you see God can talk to you, so always be listening.” We might even say that in the sermon too. In fact a message like I just described is probably what is going on right now down stairs in Sunday school. Which is okay, that is probably the message the kids should get about this passage. Of course, now you see what I’ve just done.

We focus on three things in this story:

That’s it. That is all we focus on. We ignore everything else in the story.

We don’t talk about how the word of the Lord was rare in those days. We could probably reword that sentence and it would be a reflection of our world today. It seems often that there is no word from the Lord, that visions are not widespread. Perhaps that is because society has drifted far from where God would have us be. Or perhaps we are just more interested in listening to other voices.

We glance over the fact that God was going to do a new thing, something that would make the ears of anyone who ears it tingle. What was God going to do? This story represents the shift between a priestly family to a priestly lineage. Samuel himself will become a priest and will eventually anoint Saul as King over Israel. Which sets the stage for the story of King David.

We do not talk about the message that God gave Samuel to deliver. It is not a kind message. In fact it speaks of punishing the house of Eli forever because Eli was unable to discipline or control his sons from blaspheming God. Can you imagine as a child hearing such a message? Can you imagine having to share that message to the very priest whose care you are entrusted?

We also do not talk about the fear that Samuel must have experienced throughout this whole encounter.

Instead we make this story a cute reminder to always be listening for God’s voice and to be prepared to answer.

Except that sometimes God’s voice comes through the voice of a child.

We forget that God speaks to children too. That God’s message can be terrifying or unsettling.

If adults cringe when God calls them to action, then what about children?

What would we think if we heard the word of God from the mouth of a child?

We think only ministers who study for years at school can do that. But God can speak through anyone.

So we ignore kids, it’s easy to do. After all children should be seen, not heard.

Except that isn’t true or at least scripture would tell us it isn’t. If children have nothing of value to say to us then I really should have selected a different passage to preach on.

Samuel had something to share. He had received word from the Lord. He was frightened to share that word as he feared what the repercussions might have been.

Eli insists that he share. The result is an old man and a young boy collaborate to hear God’s word.

Scripture this morning teaches us the value of listening for God’s call. We should not dismiss the traditional telling of this passage. However, this same passage also teaches us how one generation can inform the next. How the young and the old can work together to hear God’s word for the world today. Samuel heard God’s voice, but he needed Eli’s coaching to understand exactly what was being said.

For certain the voice of children will not always contain wisdom from God. However, that should not stop us from hearing the legitimate questions and concerns that kids have.

So listen with both ears. Listen, for God is about to do a new thing. A thing that will make your ears tingle with delight. Be prepared to listen at all times, for we do not know when or where God will speak to us. We do not know how the voice of God will come to us.

Be prepared to have the wisdom of a child. A child who said “Speak Lord, for your servant is listening.” Amen.

I want to thank the Calvin Center for Excellence in Preaching and its commentator Scott Hoezee for valuable insight into this passage which allowed me to see it with very fresh eyes.