A Second Look at the Garden of Eden 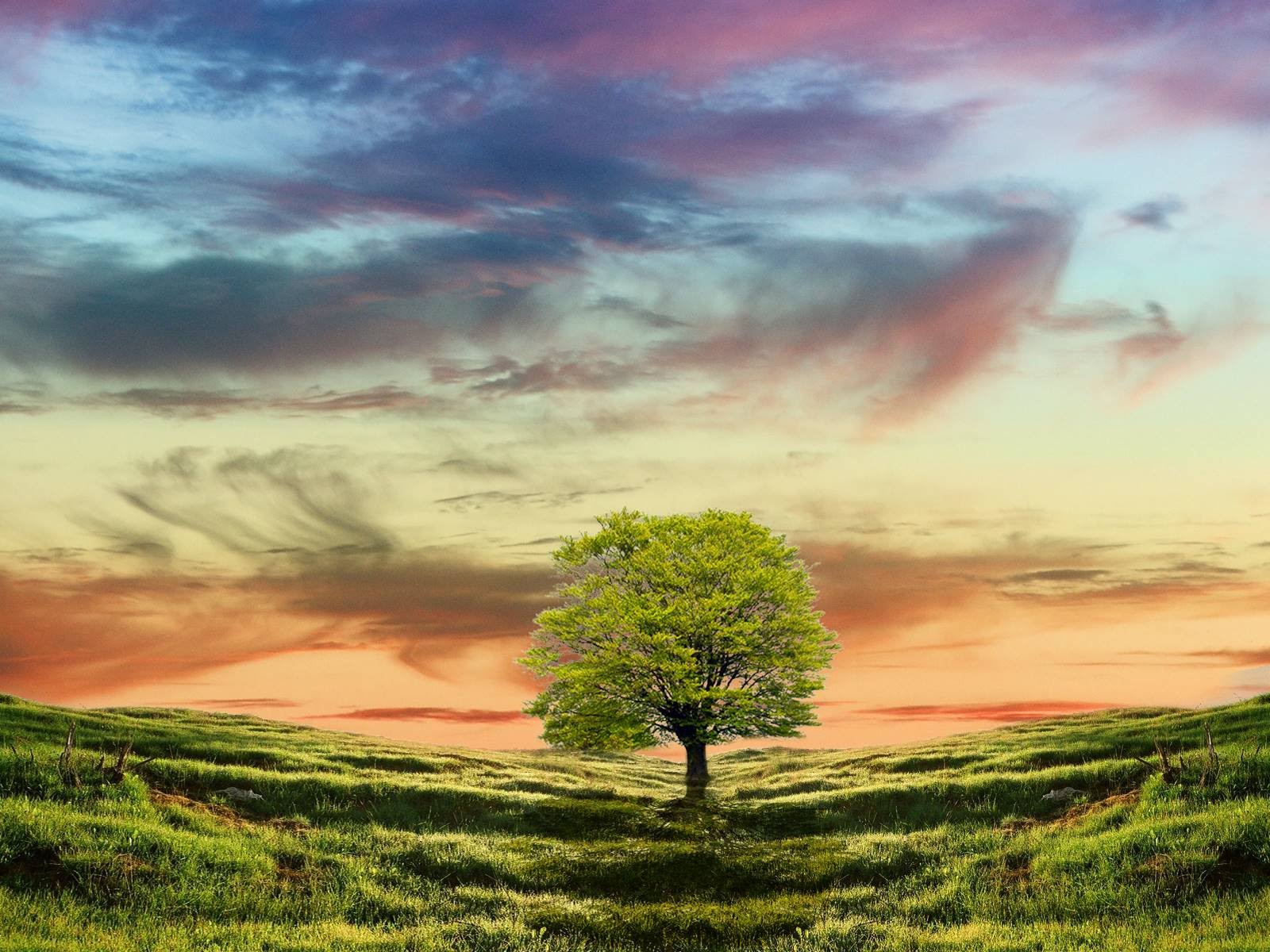 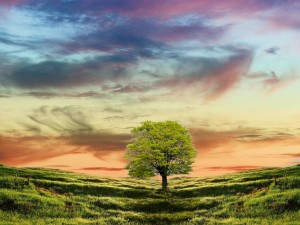 The story of Adam and Eve, of the Garden of Eden, is a well known story. So well known that we can recount the highlights of this story without much effort. For centuries this piece of scripture has been central to many important issues that are important in our walk of faith and our understanding of God.

However, this same level of importance and familiarity has denied us the ability to look at this story with fresh eyes and new questions. We assume we already know what it has to teach us. This morning I would like to take a second look at this well known story and see if we can’t come up with new questions. You may find it helpful to read through the Sermon primer: In the Garden.

A Second Look at the Garden of Eden

If I told you that the story from Genesis 3, where Satan tricks Eve into eating an apple. Where Eve then convinces her husband Adam to eat that apple, was a story about original sin. A story about how women are the weaker sex. A story about human disobedience and guilt.

If I told you these things about this story, how many of you could put your hand up and say that you have heard that all before? How many of you might say, yes Neil we know. I was taught that in Sunday school, I have heard enough sermons about it. Or I have witnessed enough minister avoid preaching on this story to know that they were uncomfortable talking about these issues.

How many of you have been told one or more of the facts about this story which I have just outlined? I suspect that we will all have our hands up. How many of you feel that these dominant themes are what society at large believes is the truth in this story?

Friends, aside of the nativity and the Easter story the account of Adam and Eve in the Garden of Eden is perhaps the most well-known story in all of scripture. Yet, for all that this story is well-known I believe that over time we have built up a myth about this story. We have added layers of meaning and understanding to this story that perhaps were never intended.

This morning I would like to dispense with the added layers of meaning. I would like to do away with the allegory, the easy answers and the pretense that because we think we know what is going on in this story that it doesn’t affect us.

But primarily, this is a story about relationships.

Let’s see if we can’t peel back the layers on this story, ask some new questions and see where we arrive.

Now, our reading this morning started us half-way through the Garden narrative. We began reading after the fruit was eaten.

Let’s take a step backwards in order that we can set the scene appropriately. Otherwise, we will be operating on our embedded ideas about this story, rather than attempting to ask new questions of it.

I would like to start, not at the beginning of chapter three but at the end of chapter two. In the very last verse of Genesis 2 we read, “And the man and his wife were both naked, and were not ashamed.”

This verse is important, first because they are in a naked state which we will get to in a moment. Secondly, because they do not feel any shame in being naked. In reading Genesis 3, I wonder if we focus on the issues of guilt to the determent of the issue of shame that are also brought up in this story. The man and the woman were not conscious of doing anything wrong by being naked. Hold onto this issue of shame, not the nakedness. I’m not suggesting St. Andrew’s become a place where we all walk around in our birthday suits.

But since we are talking about them being naked let’s go there. The man and his wife are naked, we learn this at the end of chapter two. At the beginning of chapter 3 we meet the serpent, the craftiest of all the wild animals that the Lord God made.

First, please note that Genesis says serpent or snake. It does not say Devil or Satan. Reading the Devil or Satan onto the image of the snake is a theological decision that you are making when you engage with this story. This idea of the snake being Satan is an old idea and it has endured because of the way we read this story. About how the devil tricks the woman and the man into rebelling against God. The problem is that Genesis 3 does not mention Satan, it mentions a snake.

Now here is my question to you about the snake, what does snakes wear? Do they have a fur coat? No they don’t, the scales of their skin are exposed. We have just gone from hearing about the man and woman who are naked and not ashamed, to meeting the naked snake. The snake is going to take advantage of the innocence and vulnerability of the man and the woman. We are never told what the motivations of the snake are.

We read the snakes motivations into the text when we assume that the snake represents Satan.

The naked snake takes advantage of the naked humans. The fruit is eaten, the man and the woman’s eyes are opened and they knew that they were naked.

This gets us back to the issue of shame. The definition of shame is a painful feeling of humiliation or distress caused by the consciousness of wrong or foolish behaviour.

What has changed in the story? The fruit was eaten. That’s it. In eating the fruit, the man and the woman are ashamed of their state of being in the garden. After eating the fruit, they become aware that they are naked and they do not feel that this is correct or appropriate behaviour. Which is interesting, because God is the one who put them naked in the garden in the first place.

Now consider what happens when God enters the narrative. When the man and the woman come out of hiding they confess that they hid because of their fear about being naked.

How does God respond? God asks ‘who told you that you were naked?’ God is curious about how they came upon this knowledge, which of course God figures out rather quickly. However, I feel that God’s response here is critical to the passage as a whole. God does not get angry, God does not judge the man and the woman. God asks them two questions?

Who told you that you were naked?

Have you eaten from the tree of which I commanded you not to eat?

Yes, I do believe that this is a story that describes how sin enters the world. Sin, as I understand it is broken relationships. Theologian Douglas John Hall writes, “Christians have allowed the profoundly biblical conception, which refers to broken relationship, to be reduced to sins – moral misdemeanors and guilty ‘thoughts, words, and deeds…’”

Our sin, our broken relationship starts with our rebelling against God and then spirals outwards breaking our relationship with each other and with creation. Edwin Friedman writes, “…as I began to focus on emotional process rather than cultural background, it eventually became obvious to me that whatever the nature of a family’s customs and ceremonies, the universal problem for all partnerships, marital or otherwise, was not getting closer’ it was preserving self in a close relationship, something that no one made of flesh and blood seems to do well.” It seems that we desire to stand on our own two feet, with no help from anyone let alone God and that this is to our detriment. So often we try to fix our relationships not realizing that if we get back into step with God our other relationships will also be healed.

Hendrikus Berkhof puts it this way “Whatever else the cross may tell us, it certainly proves that we cannot stand God and that He must be eliminated if comes too close to us.”

Our sin is that we our out of relationship with God and that seemingly we like it that way.

Now friends, here is the rub. Here is the important truth about this story which I would like you to ponder and prayer about. It is this: God, the good creator of the good creation desires to have a personal relationship with you.

Our passage today opened with the following and it is where I will finish. “They heard the sound of the Lord God walking in the garden at the time of the evening breeze…” If that passage does not speak of God desiring to be in a personal relationship with humanity then we are missing the point of this story. This desire of God to be in relationship with us is relived with the incarnation of Jesus Christ.

Friends, what God wants above all things is for our sin, our broken relationship, to be healed. God desires this above all things. It is why Jesus came to live among us. To lead us back to the truth, that through God’s great love, grace and mercy we are called back into relationship. We are reminded that all is forgiven. Pray on this passage, do so in the garden, do so in the evening and don’t be surprised if God comes walking by. Amen.