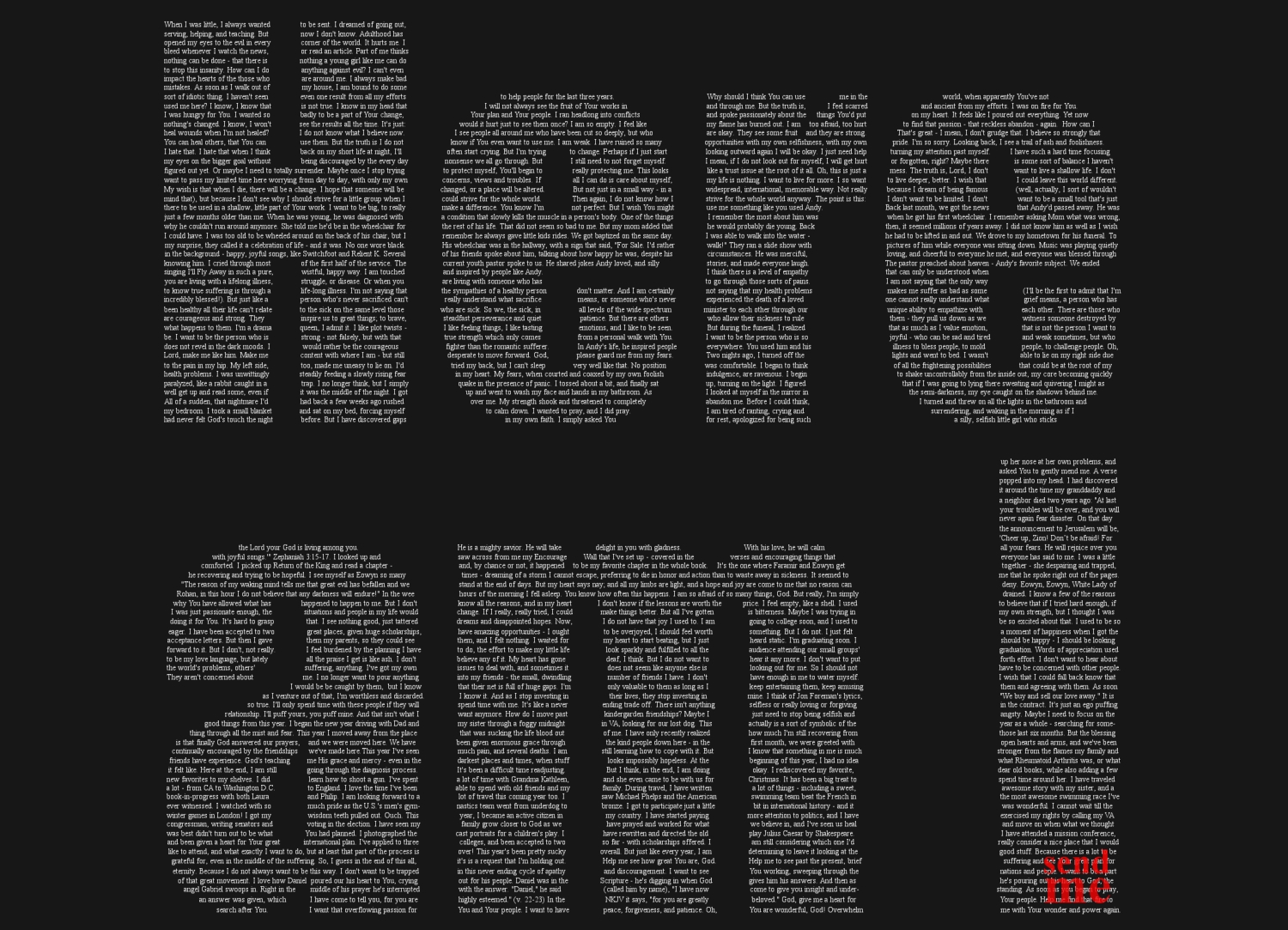 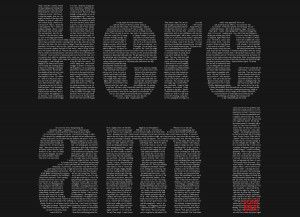 History has been marked by significant events. Signposts by which we mark and remember the passing of time. Births, deaths, wars, disasters, marriages. Each of these and more provides a link to other occasions of significance in our own lives. In our passage from Isaiah this morning we discover the event that is the signpost for Isaiah receiving his call from God.

As you consider the sermon this morning consider how God has called you and how you remember that occasion. You may also find it helpful to read the sermon primer poster earlier this week.

Where were you when:

Each of these events holds multiple stories. Each individual who experienced the event will tell it to you differently. Each will bring their own unique experience and situation to their telling of the event. The events themselves will often reinforce other events that occurred in the individual’s life.

In our passage this morning we might ask Isaiah where were you when King Uzziah died?

Uzziah, which means ‘Yahweh is my strength’, was the King of Judah. He reigned as king for 52 years. Historians and archeologists date Uzziah’s reign from 783-742 BC. To put that in context King Uzziah died approximately 750 years before Jesus is born.

Uzziah reigned 750 years before Jesus and he came to power approximately 150 years after King Solomon died, Solomon was King David’s son. When Solomon died, the Kingdom of Israel was divided into Israel in the north and Judah in the south. Now by all accounts Uzziah was a good king. Under his rule the kingdom of Judah grew and prospered. However, later in his rule Uzziah took the notion that he should go into the temple and burn some incense. Unfortunately, in those days this was something that only the priests of the tribe of Aron were to do.

Isaiah provides some historical context in our passage this morning. We are provided a clear indication of when Isaiah’s prophetic work began. It also allows us to understand what was happening in history.
One of the things we know about the book of Isaiah is that it is written during the exilic period. Two years after Uzziah died, the Assyrian Empire conquered the Kingdom of Israel and sent its people into exile.

What Isaiah’s book allow its ancient readers to do is this, to answer the question of where they were when King Uzziah died. If the northing Kingdom of Israel went into exile a few years after his death, then his death is a big deal. It allows its ancient readers think about what was going on in their own lives when the Assyrians invaded. It lets them question their own relationship with God amidst difficult times.

From Isaiah’s perspective it allows him to clearly identify when he was first called to be a prophet. The year that King Uzziah died, that was the year that God called me forward into service. And consider the description that we are given of God.

I don’t know about you, but when I was growing up God was an old man with a long white beard who lived in the sky. Later he looked like George Burns and after that Morgan Freeman. Yet, nowhere in this passage does Isaiah describe what God looks like. Isaiah tells us that he looks up and he sees the Lord sitting on a throne, but he doesn’t tell us the shade of his skin, the colour of his eyes, if he is bald or had a full head of hair. Did God have a beard or was he clean shaven? We don’t get any of this information. This is the basics, when you first meet someone you notice these details. When people see me, they think brown hair, blue eyes, clean shaven, glasses. We just catalogue that information, we don’t even think about it. We simply process it and file it away for future reference.

However, Isaiah gives us none of this information about God.

We are told that God is sitting on a throne, high and lofty; and the hem of his robe filled the temple. I find that last section marvelous, only the hem of his robe fills the temple. Such is the vastness, the reach of God that the hem of his cloak fills the holiest of holy places. To me this speaks of the grandeur of God. At Session this past week we looked at this passage and one of the elders made the comment about how often people just needed to touch the hem of Jesus’ robe to receive healing. This passage speaks of God’s power and of God’s love for creation.

However, it is Isaiah’s confession which I find most astonishing. Having just seen God in his vision Isaiah does not say blot out my eyes for I have seen God. Instead he confesses that I am a man of unclean lips, and I live among a people of unclean lips.

Isaiah is a prophet and he suggests his lips are unclean. Unworthy to share and speak about what he has seen. Even though he confesses to not being worthy, a few verses later he agrees to go out on God’s behalf.

Friends, this is why this story and so many others like it are so remarkable. First is Isaiah’s confession that he is unworthy. That as a man of unclean lips he does not deserve to have seen God. In Isaiah’s mind he should probably be struck dead. However, that isn’t what happens is it?

Instead, a hot coal is put to his lips and he is made clean. Now, let’s remember that this was a vision. Isaiah did not really have his lips burned off. The image is symbolic of God’s forgiveness and of God’s desire to use Isaiah as a prophet.

The forgiveness Isaiah receives from God is the same that each of us receive through Jesus Christ. That it is not what we do which grants us forgiveness, but it is Christ’s life, death and resurrection which grants us forgiveness for our sin. Our relationship with God, our creator, is out of joint. It is a little off kilter and God says that’s ok. I am going to demonstrate to you a better way. I am going to provide a glimpse of what living in good relationship with me is like. God’s hope in us is that we pay attention and respond. One of the greatest risks God ever took was dying on the cross. Whether we respond or not, God’s act of self-giving love on the cross has been made for us. In Christ’s death on the cross we are called back into relationship with God.

Sometimes we go willingly and other times we go kicking and screaming.

The truth is that God constantly called people who were not worthy or unprepared. Jacob was a liar and cheater. He ran from everything that threatened him. He stole his older brothers birthright and then ran. If Jacob was here this morning you would know it, because no one would want to sit within five pews of him. Jacob wrestled with God all night and we can almost call that contest a draw. Yet, God uses Jacob and changed his name to Israel.

Joseph was sold by his brothers into slavery. They reported him dead to their dad, the aforementioned Jacob. Yet, Joseph survived in Egypt and rose to a position of prominence.

David was a scrawny little boy. The youngest kid, whose biggest responsibility in life was looking after the sheep. Yet he fought God’s enemies and became a great, if imperfect, king. Samuel was a boy who didn’t recognize the voice which called him as belonging to God.

The disciples were a bunch of fishermen and tax collectors. You would not think they had the qualifications to start a fledging religious movement that would grow to cover much of the world.

Some of us hear it clear as the noon day bell. For others, it’s harder. But rest assured God is calling you. It is a scary proposition. I wish I could say that running the other way would help, but it doesn’t. But why would you want to run anyway?

We run from the sense of call because we think it will be easier, but all that does is delay the time we get to spend in joy working alongside our creator, the Lord of life.

When God, the creator of the good creation calls you to serve, it is hard to say no.

When God, the son Jesus Christ who died to show a different way. Who died to demonstrate that sacrifice and violence was no longer necessary, that love and grace should lead us, when Jesus calls us it is hard not to answer.

When God, the Holy Spirit who sustains and informs us calls it is hard to turn our back and walk away.

God calls us in remarkable and varied ways and be sure that God does call.

Friends, when you hear God say in your life, “who shall I send, who will go for us?”

Be ready to respond ‘Here am I; send me.’

I’ll let you in on a little secret, when you do say yes, well that’s when it really gets interesting. Amen.