Suffering and the Question Why 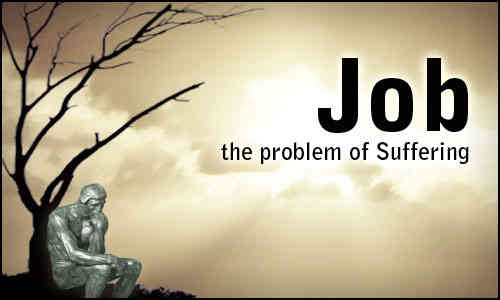 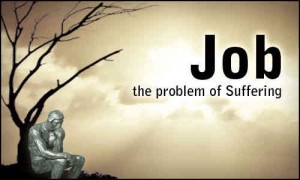 The Book of Job deals with some of the most fundamental issues and questions of the human creature. It explores our need for understanding, expresses our desire for justice and in the midst of this has the presence of mind to ask relevant questions about the many challenges that face us in this life.

Over the next few weeks we will explore the Book of Job and what it can teach us about suffering, the human condition and our relationship with God. You may find it helpful to read the article Preparing for Sunday: Theodicy before you read this sermon.

Suffering and the Question Why

Fifteen years ago I had the great privilege of leading a youth retreat. The topic of study for the weekend was “Why do bad things happen to good people? A study on the book of Job.” Two months of study and preparation went into creating the study. It was a wonderful weekend, we learned a lot. We prayed and we challenged ourselves. We didn’t think we had it all figured out, but that we were closer to understanding things.

Two weeks after the retreat my younger sister died. Talk about the rubber hitting the road. I had just led a study on why bad things happen to good people and then something bad happened to my family.

The book of Job is one which forces us to deal with the nature of suffering. It asks the question why and it asks it a lot. From a theological perspective Job deals with the issue of theodicy, which is if God is good, why is there evil in the world?

For you and me we might simply ask why do bad things happen to good people? Which is another way of saying that bad things should only happen to bad people.

As you know I write a column for the Northumberland Today. This past week I received a response from a reader about my column. The article was about reaching out in faith, as we never know when we will have an impact. An individual reached out to me and articulated the position that Christians were evil because we participate in or allow to happen events which are evil. Understand that this explanation is a broad generalization, but it conveys the point of this individual. His basic question was how could Christians act in such a way?

It’s a good and fair question. It is the type of question that Job raises in our minds. We ask how could God act in such a way. Why would God allow such a thing?

First, lets realize that events as we find them in Job are not how things work. This is a story about suffering and our response to it.

Job and his friends work on a model of blessings and curses. Whether you know it or not, or wish to admit it many of us also work on this model. We find blessings and curses defined in the Old Testament. Essentially, when you are faithful you are blessed and when you sin you are cursed. Therefore Job must have sinned because of what befell him. However, we know that this isn’t true because the story gives us access to the divine narrative surrounding Job’s situation.

When we make statements like “They had it coming to them” or “This is happening because of what I did” we are working on a model of blessings and curses.

Therefore, we know two things. First that the system of blessings and curses that is found in the Old Testament is not the way forward. Job’s story tells us that this system is wrong and if that isn’t enough for you the incarnation of Jesus Christ tells us that it is wrong. So when trouble befalls don’t blame it on that thing you did. Secondly, that the actions of God and Satan are not necessarily the way things work. Again, the incarnation of Jesus Christ tells us differently.

Before we go any further I want to talk about the character of Satan in Job’s story. Satan has a pretty large role here. The problem is that Satan doesn’t really show up in Job. One thing we need to be aware of is that every time we read the name ‘Satan’ we should substitute the word ‘Accuser’ or ‘Adversary’ which is what the Hebrew actually says. This is important as it puts Satan’s role here as more of a prosecutor. Satan is not yet the diabolical opponent of God. In this story we could say that Satan works for God. If you are having problems with that idea, remember that the original text does not name this character Satan. We have done that through the way we read and interpret this story in light of other stories in scripture. Who else would do this, but Satan? However, the story itself does not necessarily bear this out.

Remember the scenario in heavenly courts is not how things work. It is a setup for the story to allow us to process the subject of suffering and the nature of God. Remember, te assumption is that when good things happen to us it is because we’ve been good and faithful. That when bad things happen to us it is because we are being punished. We might ask why me? What did I do to deserve this? What we have is a story about suffering. The response of a man and his wife and later the response of his friends. Finally, we get the response of God.

Let’s start by recognizing that suffering exists in this world and that it takes on a variety of forms. From the shooting in Oregon this week. The conflict in the Middle East with ISIS and Syria, which has created millions of refugee’s. Add to that the countless other conflict zones which have refugee’s.

Suffering does not just occur in faraway countries. It happens at home with the victims of violence, illness, those who are grieving, hungry and homeless. Suffering takes on a multitude of faces and frequently occurs before our very eyes. I dare say that we are often ignorant of the suffering of many around us.

Now let’s deal with some of the troubling aspects of our story. First, the adversary is not able to do anything to Job without God’s permission. There are two ways to read this, the first is that by granting permission to harm Job we have to realize that God is not good. If God were good then God would never have allowed Job to be harmed. Otherwise the adversary goads God into a cosmic test of ego’s with Job as the poor suffering fool. I do not believe that the heavenly court we are given access to in this story is how things work. I think it is provided to us to provide the following information:

This information is important because it affirms that Job did not suffer because of something he did. Which is the argument his friends will put forth. We know that Job has lost and is suffering because of a discussion between God and the adversary.

Remember, suffering is not always the consequence of one’s sin. Just as virtue does not always entail happiness.

Our readings today do not begin to deal with the questions that Job asks. However, it is the question why which profoundly moves us.

A frustrating question because the answer to it is never satisfying. If you don’t believe me have an argument with a child. However, as a follower of Christ what I am so thankful for is the opportunity to ask this question. You see friends, people without faith have nowhere to ask this question. Religious people do.

And it is not a weak faith that asks the question why. Rather it is a bold faith. There is nothing shameful about asking why. In the Garden Jesus asked why this had to be the way. As he hung on the cross he asked of God why have you forsaken me? It is a profound question that we are encouraged to ask.

What the book of Job forces us to do is to ask the question why in new ways. Consider that Christianity as a religion focuses on redemption and the salvation of humanity and creation. This motivates us to work on behalf of the poor, to feed the hungry, to protect the environment.

However, how do we consider our place in the universe, in relation to the rest of God’s creation? Are we at the center? Did God make the world for our sake? Is human happiness the primary concern of God? If the answer is no then the reasons God created the world must be something else. Which requires us to consider our place in the created order, in light of our need for redemption. And we do need redemption.

Why faith? What good is it? If a faithful person can suffer and die, just the same as an unfaithful person, then why bother with faith at all? Why not take Job’s wife’s advice, “Curse God and die.”

A common question that is asked when candidates are interviewed for ministry is whether faith is a verb or a noun? However, I wonder if perhaps we should ask if it is a commodity. Something that we barter with and for. Something that is only as good as it gives for us. I think that is how some people view faith, something to be exchanged. I’ll be faithful if… There is a whole group of Christians who operate that way. Plant a seed, God wants you to prosper, if you are faithful enough God will reward you. Unfortunately, that line of thinking while very attractive isn’t borne out in the gospel.

In the Screwtape Letters by C. S. Lewis Screwtape says to Wormwood, “Our cause is never more in danger than when a human, no longer desiring, but still intending, to do our Enemy’s will, looks round upon a universe from which every trace of [God] seems to have vanished, and asks why he has been forsaken, and still obeys.”

Yet, Job proves the Adversary wrong. Job does so even though he curses the day of his birth, Job does so even when he is questioning God. Yes, in faith we have obedience, but it is not blind obedience. We are encouraged to ask the question why. Amen.