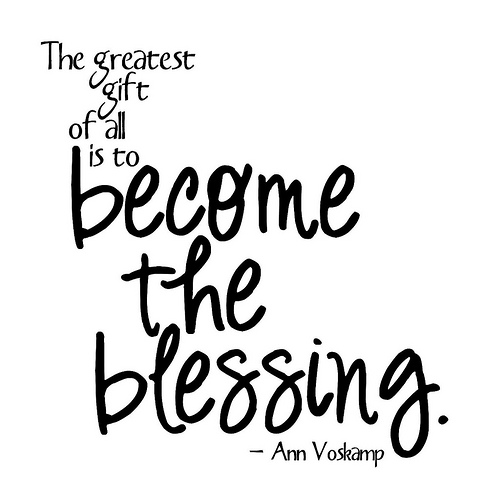 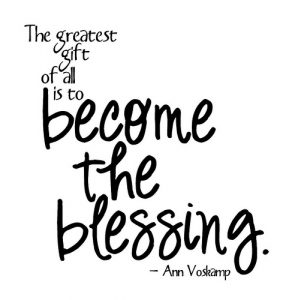 If I were to sneeze right now most of you would probably respond in one of two ways. You would either say Gesundheit which is German and means roughly, “I wish you good health.”

The other response you might provide is Bless You. Now saying ‘bless you’ to someone might seem like a fairly straightforward thing to do. But what does it really mean to bless someone? How do blessings work in our lives?

We might define blessing to mean asking for or seeking God’s favour. We also use this word to describe the act of making something holy or in giving our consent. A blessing is something we can given and it is also something we can receive.

In the final verse of our gospel lesson today Jesus says and he is speaking to the host of the dinner party he is at, but it applies to us too. Jesus says, “And you will be blessed, because they cannot repay you, for you will be repaid at the resurrection of the righteous.” Jesus says this to the host after telling him not to invite his family, friends and rich associates to his parties. Instead he says invite the poor, the cripple, the lame and the blind.

Jesus tells this to the host after he has told those assembled a parable about a feast. A parable which says, don’t seek the place of honour. Instead lower or humble yourself so that you can be raised up. The advice to the host of the party tells us who God is interested in raising up. The poor, the crippled, the lame, the blind and those who invite them to the banquet. Inviting them to the banquet can be read as helping them, loving them and extending grace to them.

In other words, what are your motivations? Do we help people because we hope to be blessed through our own actions? Or do we help people, regardless of the consequences to ourselves, because we know it is the right thing to do? A think which Jesus is calling us to engage in.

Let’s be clear that Jesus is telling a parable. This means that we should be looking for deeper meaning and not everything is as it seems. When Jesus says pay attention to where you sit and place yourself at the banquet. Well the banquet Jesus is describing is not a banquet, it is the kingdom of God.

Our worthiness at the banquet has everything to do with how God sees us and not how we see ourselves. The values of the kingdom are not the same values that we as a society hold dearly. What we hold up as valuable in God’s kingdom is often viewed as worthless by many within the society we are a part.

In his commentary on Luke Fred Craddock says that Jesus is calling for kingdom behaviour. There is a story about Queen Victoria. She was once at a diplomatic reception and the guest of honour was an African Chieftain . The meal was going very well until the finger bowls were served. You know the ones they give out at Swiss Chalet at the end of your meal to clean your fingers. The guest of honour had never seen one of these before and so lifting it in his hands he drank it.

For a moment there was silence in the room. The guests were shocked and they started whispering to themselves, no doubt snickering about what the guest had done. All of this stopped when Queen Victoria silently took her finger bowl into her hands and drank its contents. A moment later all the other guests did the same thing. The queen’s courtesy guarded her guest from embarrassment.

Behaviour is often learned and in this case we learn from our host. Friends, this story reminds us that at the foot of the cross the ground is level. Kingdom behaviour encompasses hospitality, compassion, love and grace.

In our gospel lesson today you get the feeling that the host of the party Jesus was at might not have been too impressed with the advice Jesus gave. I doubt Jesus was invited back. In fact, you have to wonder about why a Pharisee would invite Jesus to dinner in the first place. Perhaps it was the old adage ‘keep your friends close and your enemies closer’. After all they were keeping a close eye on him. What we do know is that Jesus made the host look bad, which today we might say embodied bad manners. However, if we look at many of the things Jesus said and did we realize that he upset a great many people in order to make his point about what the kingdom might look like.

Jesus was not concerned with social niceties. As N.T. Wright puts it, “Jesus didn’t come to offer good advice” (Luke for Everyone). Jesus came to establish the kingdom and to lay out the principles which were to guide and govern it. Listening to Jesus and taking the hint would probably be good advice, but we all know that didn’t happen.

Jesus is emphasising the values that are important to God. I am not sure how it happened or why it continues to happen but it seems modern society promotes characteristics that seem to run contrary to what Jesus is advocating. Self promotion, personal gratification, lack of responsibility, lack of consequences these are the messages which rule the day.

Yet, we are called to host banquets for the poor, the lame, the crippled and the blind. All social outcasts in Jesus day. We are called to love those who are unloved, who do not have strong social supports. We are to offer part of ourselves to them. This is what the kingdom looks like. Not grand balls celebrating the elite, but ensuring there is an equal amount for all.

It is not about giving up everything we have, rather it is about reprioritizing. We are not the center of things, God is. How can we reorder our lives to place God in the centre and to bring God glory? How do we offer ourselves to God and in doing so offer ourselves to others?

In doing this we become a blessing. In doing this we will be blessed and we will receive our reward. Not because we seek acclaim, but because we seek to honour God. As a community of faith and as individuals we do a great deal. Please understand that it is never my goal to diminish the work we are doing. Rather it is to encourage us to always find it within ourselves to do a little more. To ensure that our priorities are always focused on the right place. That we are not doing things simply because we always have. Rather we are doing things because God is calling us forward and asking us to do them.

We are engaged in the various mission activities we have because we believe that God has called us to do them. We provide a Soup Kitchen, we sponsor refugee’s because these are the poor, the lame, the crippled and the blind today. They need our help and we have help to provide. Providing them with assistance demonstrates to others that these people are human, they are in need of love. They are not a far off news story or an undesirable we would rather avoid.

Is it better to give than receive? Yes, it is. We are called to give out of our plenty. God will notice and we will be repaid not in this life but in the one to come. In the kingdom of God, which our generosity seeks to usher in. So be a blessing, it is why God created you. Amen.