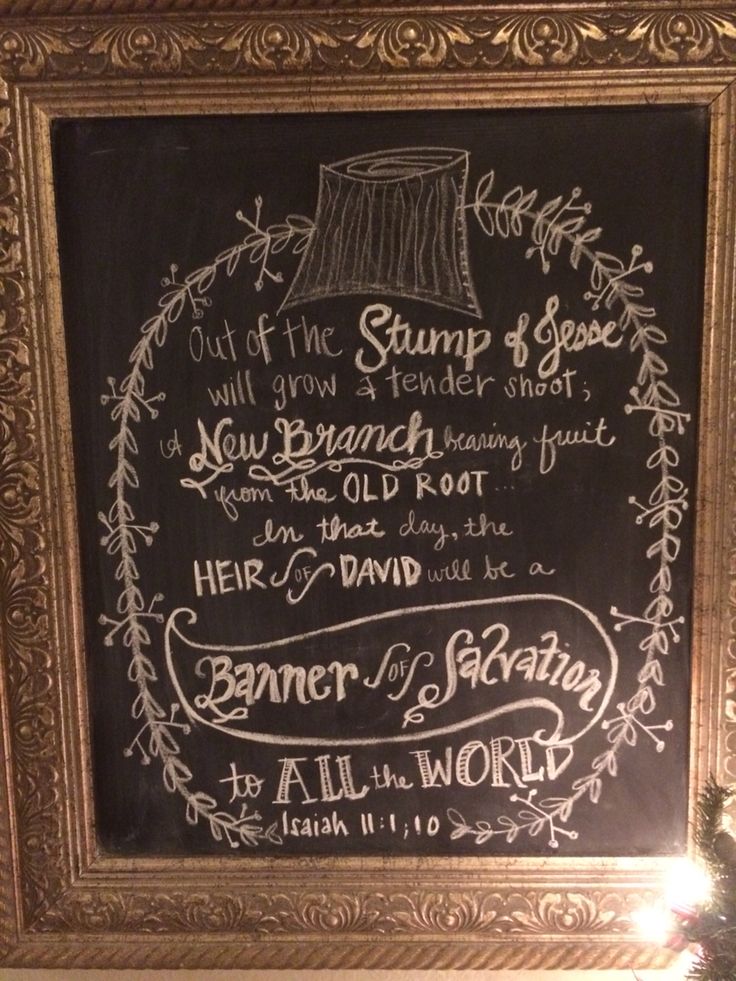 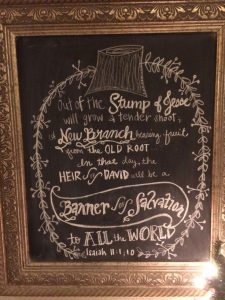 We are at the Second Sunday of Advent and the theme is peace. Our message comes to us from John the Baptist to prepare a way for the Lord, to make straight his paths. However, in order to understand the expectations that people had for the Messiah we need to turn our attention to the Old Testament. There in the Book of Isaiah we find outlined what the people living in Jerusalem and surrounding at the time of Jesus were anticipating.

You know that school is starting because the bell goes. If you ever watched the television show Friends you knew you were going to laugh when Joey or Phebe entered the screen. In life it seems that there are certain markers that tell us when things are going to happen. As a Christian, one of those things occurs on the second Sunday of Advent.

On the second Sunday of Advent you can be sure that John the Baptist is going to show up. Sure enough in our gospel reading today we have John preaching baptism and repentance in the wilderness. John is a cousin of Jesus and he prepares the way for him. We look to Isaiah, who wrote, “The voice of one crying out in the wilderness: Prepare the way of the Lord, make his paths straight.”

So here we are again with John getting us ready for the ministry of Jesus to begin. Only in Advent we aren’t waiting for the ministry to begin, but for the child to arrive. But just who is Jesus supposed to be?

The gospel writers tell us that Isaiah spoke of both John the Baptist who would prepare the way and also of Jesus and his lineage. To gain a better understanding of what John was preparing people for we need to turn our attention to Isiah to understand what the expectations of the people were.

Isaiah wrote to the ancient Israelites during the time that they were exiled in Babylon. The people had a longing to return home, to be free from their occupiers and have control of their own destinies. In our passage today Isaiah is speaking of a shoot that shall come out of the stump of Jesse. Now, Jesse is the father of King David. So Isaiah is telling the people that in days to come an heir of David’s will appear and the spirit of the Lord will rest on him.

This heir will be righteous, judge fairly and establish such a peaceful kingdom that the wolf shall live with the lamb. If you read Psalm 72 again you will find that it describes the expectations of the king of Israel. The qualities that God desired of those who were to rule his people.

We read Psalm 72, we read these words from Isaiah and we know what is being spoken off. We see a description of what we believe God’s kingdom is to look like. A kingdom established on peace and God’s justice. And we know from the teachings of Jesus that God’s justice favours the poor and powerless. We read all of this and we know what it says.

However, what the people in the time of John the Baptist hear when these words of Isaiah are spoken anew are close to what a child hears. Imagine the following if you will, “Kids, I think I’ll bake some cookies. But first we need to buy some flour, tidy the house and finish the homework.”

To which the kids reply, “Did you say I could have a cookie?”

Having the cookie might be implied in the baking of them, but it was never actually offered. Also missing is the acknowledgment that other things need to happen before the cookies can appear. This is similar to what I think the people of Israel experienced when these heard these words from Isaiah.

They heard the beginning about an heir of Jesse’s and the end when Isaiah writes, “On that day the root of Jesse shall stand as a signal to the peoples; nations shall inquire of him, and his dwelling shall be glorious.” The people wanted someone who would kick the Roman occupiers out and all they hear is heir of David, our best king ever and his dwelling shall be glorious.

The people at the time of Jesus believed that the Messiah would take up arms against the Romans. That he would be a warrior like his ancestor King David. They wanted to look back, they wanted things to return to the way they were. It’s like listening to Bryan Adams and saying “Yes, I would like to go back to the summer of ’69” because that was a good time, it was a great summer that year.

The point is that people wanted Jesus to make things in Israel great again. They wanted to return to a point in time when Israel was on top. Do you notice the assumption embedded there?

They assumed that the best was in the past, that there was nothing better that could ever come in the future. They had no vision for how God really wanted them to live. In short, they were forgetting about those verses in the middle of our passage from Isaiah this morning.

The problem is Jesus didn’t come to restore Israel’s fortunes. Jesus came to preach about the coming kingdom of God! Jesus came to talk about a future event. About a time that wasn’t established on bloodshed or the wars of the past, but that was enacted by peace which was to come.

It was during the American Civil War that Henry Wadsworth Longfellow wrote, “I heard the bells on Christmas Day, their old familiar carols play, and wild and sweet the words repeat of peace on earth, goodwill to men…” These are words which bring us comfort as we approach Christmas. But Longfellow continues, “… And in despair I bowed my head; there is no peace on earth, I said. For hate is strong and mocks the song of peace on earth, good will to men.” Longfellow captures the tension between the promise of hope, peace, joy and love that we embrace at this time of year and the reality of war around us. It’s some 150 years since Longfellow penned these words and we are still at war. Officially, with different enemies and other nations, but the issues of race that threatened to divide the United States in the 1860s are still with us today.

It would be easy to give up. It would be easy to give in to hate and war, jealousy and pride. To allow the tide of evil to sweep over us and win. To turn inward and allow the world to go down the rabbit hole of its own destruction. The problem is God did not give up on the world. Rather than give up on the world, God entered the world, took on human form, accepted our frailties and vulnerabilities and ultimately died to redeem the world. That is what the promise of Christmas is about.

“…Then rang the bells more loud and deep: God is not dead nor doth He sleep; the wrong shall fail, the right prevail, with peace on earth, goodwill to men.” (Thank you to Dr. Anna Robbins and her excellent article The Incarnation: It Isn’t Just for Christmas).

We are the church and though the church is not the kingdom of God, its relationship to the kingdom signals its mission. The realm of God shines through the witness and mission of the church as the poor have good news preached to them and are judged with righteousness and equity. – Noel Leo Erskine

God created us to live in peace. God is not done with creation and each Christmas we are reminded of what lengths God is willing to go to. And make no mistake, the nations shall inquire of him and his dwelling shall be glorious. Amen.