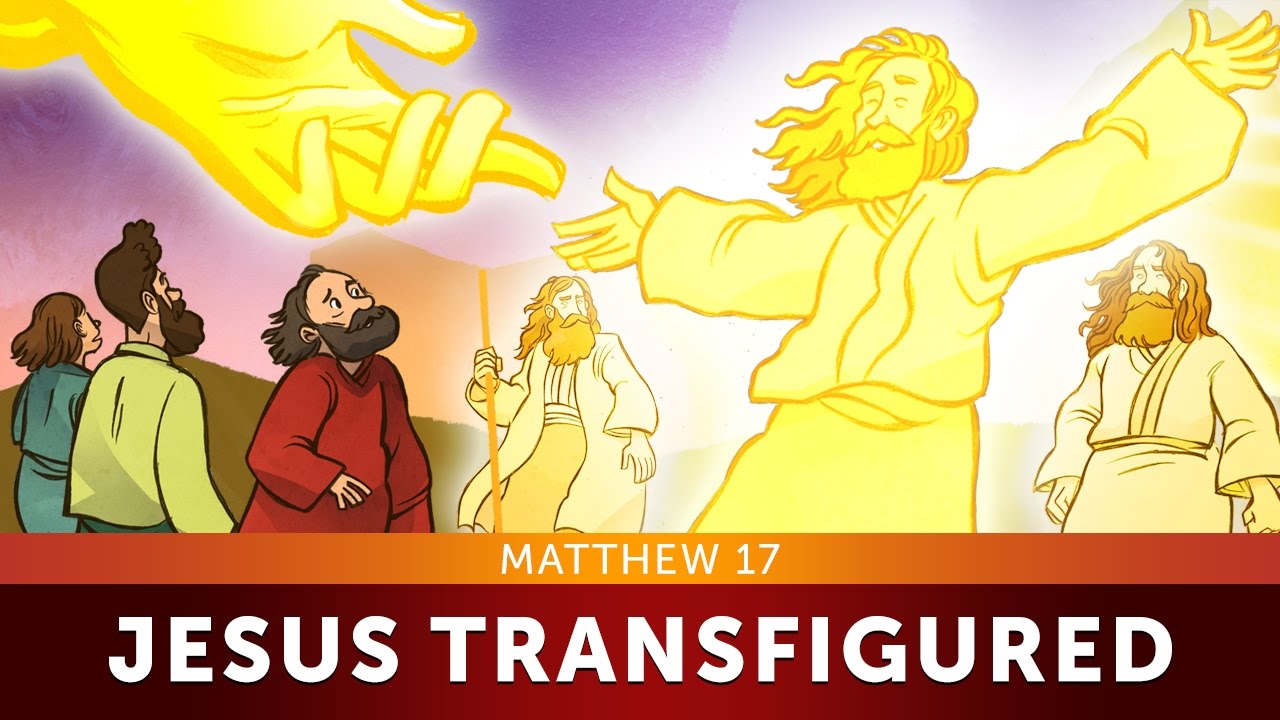 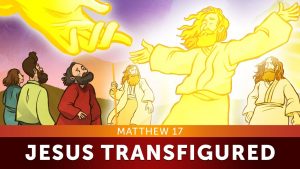 Many of you may be familiar with the line of toys called Transformers. There is of course a movie franchise based on the toys. These toys are robots which can transform into cars. As they drive around in car form they are much like any other ordinary car. However, when they transform into robots they are much more powerful.

Or perhaps you are a fan of Harry Potter and are fascinated by transfiguration class. Where the little witches and wizards take an ordinary item and turn it into something else.

Or perhaps you prefer simpler stories where a prince or princess is in search of their true love. All they need to do is kiss a toad and witness it transform into their true love.

This is how most people approach transfiguration, as a change of state from one thing into another. Often the new state of being is seen as being more powerful than the old. The Greek word used here Matthew is where we get our English word metamorphosis, which makes us think of caterpillars which turn into butterflies.

However, none of these ideas adequately expresses what happens in our passage from Matthew this morning. Jesus did not change from one type of being into a completely different one. We acknowledge that Jesus had two natures, being fully divine and fully human. What we do not want to do with our passage this morning is to think that this is the only time we experience the divine nature of Jesus.

Transfiguration Sunday always comes at the beginning of Lent. Lent is a season when the divine glory of the Father and the Son are on full display. Even when that display is what appears to be a very human Jesus hoisted on a cross like a scarecrow.

Jesus is always divine. Before they climb up the mountain, during that moment of dazzling light and afterwards when they descend. Jesus is just as divine before and after he was transfigured. What adds to the strangeness of the event is the appearance of Moses and Elijah and the voice of God saying, “This is my Son, the Beloved, with him I am well pleased; listen to him!”

An awe inducing and terrifying experience. The disciples really don’t know what to make of the experience. For his part Peter wants to remain at the top of the mountain. “It’s good for us to be here” he says. Let me make some tents or dwelling for us. But tents are a metaphor for staying the same, allowing the status quo to remain in effect and not moving forward with life.

Now to be sure Peter needs the memory of that moment on the mountain top to last, the glory, the confirmation, the promise, the assurance. Because later on, he’s going to need all of these things.

The Transfiguration represents a transformation, a change and it is almost impossible to change, to let go without also holding on. When we change we are holding on to what was and looking forward to the hope of what can be.

That’s Transfiguration. The moment in between. It’s not the glory, it’s not the high we feel at being at the mountain top. Nor is it the euphoria we feel when we’ve come down the other side. It is that space in between when we are forced to reckon with the change which we know is necessary in our lives as followers of Jesus Christ. Jesus is transfigured, but Jesus doesn’t change. We simply see the full manifestation of his divine self. For the disciples the moment of transfiguration is something entirely different. How do they move forward knowing what they’ve seen.? It would be much easier to go back down the other side of the mountain, to forget than to embrace the implications of what they have seen means.

However, what we have is Jesus displaying his divinity for us to witness. What we see in the Transfiguration is similar and yet different from a scene in the transfiguration scene from Peter Jackson’s first The Lord of the Rings films.

In this scene, the Elf queen Galadriel is offered the one Ring of power by the Hobbit Frodo Baggins. This is tempting for even as strong a spiritual being as Galadriel because in her hands, she could indeed wield the Ring to great and powerful effect. But like the wizard Gandalf (who likewise refuses to touch or take the Ring), she knows she would be utterly corrupted by the Ring’s evil. Thus, in the end, she will not touch or take the Ring from Frodo. She cannot.

But in the scene, she briefly toys with the idea and so transfigures into a towering figure with a voice like the sound of many rushing waters. She shines with a bright, incandescent light of terrifying power before finally shrinking back down to an ordinary sized and normal looking Elf.

The difference between this kind of scene and Christ upon the mountaintop in Matthew 17 is that Jesus did not transfigure into something he was not—much less into something potentially awful—but rather reveals what he already is as the true Messiah, the true Son of God.

And it was the giving up of those divine powers and perquisites that spells the salvation of the universe (reference).
– See more at:

The Transfiguration is for Jesus. He needed those moments to talk to Moses and Elijah. However, the Transfiguration is also for us. To recognize that that in the tension of a moment, in the midst of decision, we must understand who we are a followers of Jesus Christ. And it is more than a singular moment. It is the time of change, of pushing and pulling, dealing with the forces and influences we find in our world. Recognizing the goodness in what is and in what will come.

It is also the assurance that comes in knowing that as we move forward from moment to moment we do so with Jesus Christ. Amen.