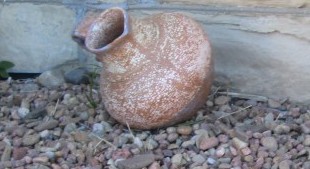 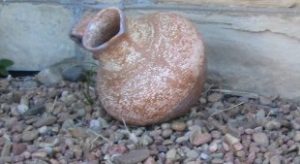 The woman at the well is a famous passage. Jesus meets a Samaritan woman at a well. The engage in a brief exchange and the woman goes away changed.

The disciples are flabbergasted, those that hear about Jesus become followers. On the surface there is nothing out of the ordinary going on. However, given the divisions which exist between Jesus and the woman, it is clear that a great deal is happening that we may be unaware of.

The unwashed masses who arrived from Ireland in New York city in the 19th century.

The systematic exterminated 1.5 million Armenians in 1915 by the Ottoman government, known to us now as the Armenian Genocide.

The keys of a piano, ebony and ivory.

North and South, East and West.

Protestant versus Catholic. A division that matters less now, at least in Canada, but not necessarily in other parts of the world. My grandfather would tell me stories about growing up in Glasgow and walking down the street. A group of boys would come up to him and ask “Are you a P or a C?” The problem as he explained it was that you didn’t know what they were. An instance of using an issue which divides us to gain another outcome, random violence.

The Holocaust in World War II was about eliminating a whole group of people, a racial and religious minority, because they were a different race and religion.

Apartheid in South Africa, a system of institutionalised racial segregation which lasted from 1948 to 1991.

The Rwandan genocide was the mass slaughter of the Tutsi people by the Hutu majority government in 1994.

Much of the current dialogue south of the border, is about division. Minority ethnic and religious groups that are viewed as a threat. That same type of dialogue is at play here in Canada. It is also happening in many other parts of the world, the recent election in the Netherlands saw the rise of a populist anti-Islam Party.

The LBGTQ community has faced discrimination for decades.

Our passage today from John’s gospel deals with many issues and features many characters. However, the primary interaction is between Jesus and the woman at the well. Jesus, a man, a rabbi and a Jew. The woman, from an unknown social class, though we make some assumptions, who was a Samaritan. Our passage deals with and highlights gender roles, male versus female in a patriarchal society. These same divisions still happen in the world. Division based on gender still happens in Canada, in the workplace and in the home.

As we work through our passage keep these division in mind. I recognize I’ve laid out some fairly heavy historical events, but we might as simply look at the things which divide families and friends. We should be mindful of issues of power and ask the question what does privilege mean?

Jesus has left the area he is in. He has been accused by the Pharisees of baptizing people, which wasn’t true. His disciples were the ones doing the baptising. A minor error, but perhaps we can understand how it was made. He decides to return to Galilee and takes the direct route which has him going through Samaria. Most Jews avoided Samaria, but not Jesus.

While resting at a well Jesus encounters a women from Samaria. As a male in this encounter, within its cultural context Jesus has power, the female in this encounter has no power. As a foreigner who is thirsty and with out a bucket Jesus has no power. This places the women in a position of power over him, she has a bucket to draw water with. By asking for water Jesus gives the woman the ability to exercise power over him. She can say no to him. Jesus allows himself to be vulnerable.

First, a little about this woman. We often view this woman as a prostitute or a lose woman. Why? Because she has had five husbands and is currently living with a man who is not her husband. However, we should be careful in placing that label on her. It is possible that she has been divorced by her previous husbands because she had been unable to produce a child. It is possible that the reason this woman has been married so many times is because she is barren. To initiate a divorce, all a man had to do was haul his wife out into the street and then say to her three times, “I divorce you, I divorce you, I divorce you” and that was that. Women had no social standing of their own, they were dependent on their husbands or their fathers. Today, we find this idea abhorrent, but at the time of Jesus this is how families were organized.

It is also possible that she has been trapped in the custom of a levirate marriage and the last male in the family refused to marry her. It could also be a reference to the five foreign nations who were brought as colonists by the Assyrians when they conquered the region in 721. To keep peace, Assyria displaced people. Taking individuals they had conquered and moving them to other lands. If this is the case, then Jesus is commenting on the Samaritans mixed race and culture due to imperialism and is not referencing her private life at all (Working Preacher).

The truth is we don’t know definitively which of these scenarios is most correct. As a result, we should be careful not to label the woman in a poor light. Instead, what we should focus on is that Jesus took the time to sit down and engage with her in a very serious and deep theological conversation. A far more meaningful and engaged conversation than the one Nicodemus engaged Jesus in.

Let’s also consider that this woman is the first person who Jesus reveals himself to. John’s gospel is famous for the statements Jesus makes where he says, “I am the bread of life, I am the true vine, I am the way, and the truth and the life.” Before this John the Baptist has identified Jesus as the Lamb of God. However, this woman at the well is the recipient of the first ‘I Am’ statement. She is the first person outside of the disciples, who Jesus reveals himself. She is a religious outcast, she is a Samaritan, the enemy. A religious, social and political outsider.

When the woman says, “I know the Messiah is coming.” Jesus responds, “I Am he.” This is the first person who Jesus tells. This woman, this is who God is for. Because Jesus came to save the world, not condemn it.

Jesus tells the women that soon God will be worshiped everywhere. Not just in the temple in Jerusalem or on the mountain. Instead we must worship in spirit and truth. God is for everyone.

An encounter which begins with division, is quickly turned into something else. This is not a passage about division. It is a passage which speaks to God’s unifying vision for creation. The truth which Jesus imparted on that woman was of such a great impact that she left her bucket behind. She no longer needed it. A lasting image from this passage should not be Jesus and the woman talking. It should not be Jesus and the disciples engaged in debate, nor should it be the woman sharing what she learned with the people in her village.

The image which stays with me is of an abandoned water jug sitting next to Jacob’s well. Our passage reminds us that all we need is found in Jesus Christ. That through him all divisions are unified, all wounds are healed and all are made whole. But we need to see that through, we need to live it out. So, that like this woman we can proclaim that Jesus knows all we’ve ever done and loved us anyway. Amen.