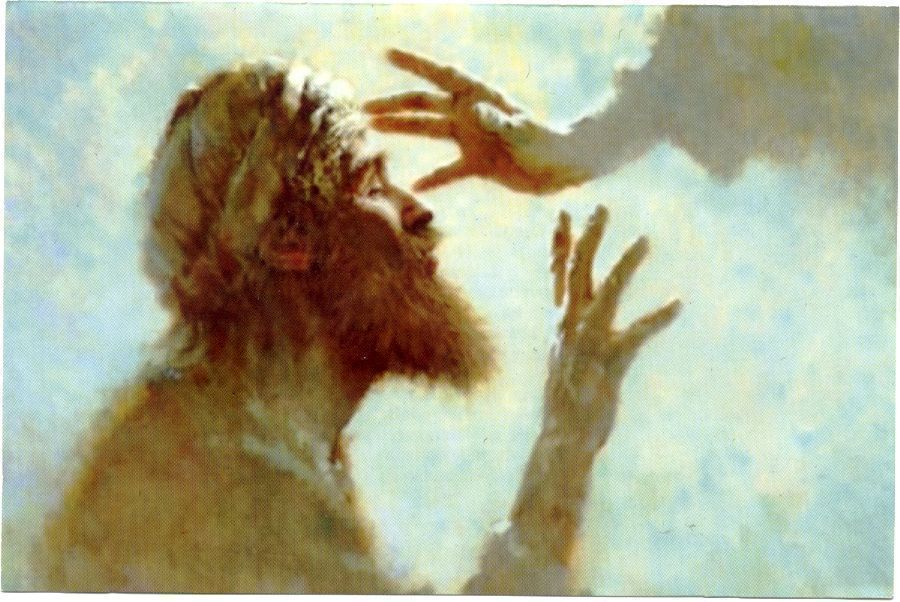 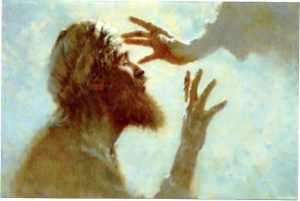 Our passage comes from John’s gospel. Themes that arise are those of community, belonging and understanding. Jesus is absent for much of the dialogue, but his actions are central to understanding the passage. What do we see? How do we react to what we see?

A powerful message and reminder as we journey towards Jerusalem.

Have you ever been lost?

There are lots of ways you could be lost. Perhaps you took a wrong turn or didn’t notice a highway exit. Before you know it, you’ve lost your bearings and need to figure out where you are, so that you can get back to where you are supposed to be. With today’s technology, this is much easier than it once was. Now when we miss a highway exit our phones or GPS devices simply calculate a new route for us. In years gone past missing a highway exit could be stressful as you try to determine what you did wrong.

Perhaps you’ve been lost in another sense. You get separated from the group you are a part of. You looked down for a second and when you look back up the people you are travelling with are no where to be found. The scariest version of this occurs with parents and children. I don’t think there is a more terrifying moment then when as a parent you realize you’ve lost track of one of your children. Your heart skips a beat; you try to remain calm but panic is threatening to overwhelm you. I think all of us who are parents have had that experience at one point or another. Of course, when children get separated from their parents they feel that same level of anxiety and powerlessness.

How reassuring it is when we are found. When we reach our destination or when we are reunited with friends and loved ones. Our passage today holds that reassurance of being found by Jesus Christ. It is a long passage which tells a story about a boy who has been blind from birth. Jesus, is noticeably absent for the bulk of the story. We read 41 verses this morning and Jesus is only present for thirteen of them. Jesus is not in much of this passage, yet his actions are central to understanding it.

Before we dig deeper we should take some time to clarify some points as we consider what John is trying to share with us about Jesus. The first is the question that the disciples pose to Jesus, “Who sinned, this man or his parents, that he was born blind.” In the next passage we hear the words “…he was born blind so that God’s works might be revealed in him.” These words add theological meaning to the text. They imply that God made the boy blind so that God could do something wonderful. They instill an implication that there is a connection between sin and sickness.

The problem is that the words “…he was born blind…” are not in the original Greek, they’ve been added by editors of translations to help make sense of the passage. However, in doing so they add meaning which may not have been the original intent.

The second thing we need to consider is who John was writing his gospel account for. Yes, we consider ourselves a part of the audience, but we were not the first audience. John was writing to a Jewish community that followed the teachings of Jesus and was forced out of the temple or synagogue community. We see very strong parallels between John’s original audience and this passage.

A popular interpretation of this story is that the blind man is not a real historical character, but a literary construction reflecting the situation where the Johannine community was forcefully separated from the synagogue.

Of course, there is no way to definitively prove that. What we are left with is a story which deals with community. More specifically, a community which fails this young man who was born blind. The community does not just fail him, they fail him repeatedly.

In order to understand how this young man is let down by the community we need to consider the healing which Jesus performs. Jesus, on the Sabbath, makes some mud and rubs it on the mans eyes. He is then commanded to go and was in the pool of Siloam, which means ‘Sent’. It is the same pool of water where earlier in John’s gospel Jesus declares, “I am the living water.” In many ways Jesus sends the man to find Jesus. We should read this aspect of the story as a baptism story as water pays a significant part of the story. Not only is the man healed, but as we continue through the story we realize that he can now see that Jesus is the light of the world. Just as Jesus has said, “…I am the light of the world.”

Now, the man is healed not only of his physical blindness, but he now sees a greater truth which Jesus has revealed to him. That Jesus is the light of the world, that Jesus must be of God to have performed such a miracle. Yet, after explaining what happened to him the people who used to see him begging for money don’t believe him. They don’t celebrate his recovery, they question him. The man was already an outsider having been born blind, but now that he is healed he is doubly shunned. The community fails him.

So they bring him to the Pharisees who are looking for an excuse to invalidate Jesus. They ask the man to testify to what has happened and again he shares his story. Jesus came up to me, put mud on my eyes and asked me to go wash and now I can see. But they don’t believe that he had really been blind, they doubt his testimony so they call his parents.

His parents reply that this is their son, but that he was born blind, but we don’t know why he can see. Ask him yourself, because he is of age. The community has failed him and now his family fails him. They don’t stick around; they’ve already been ostracised by the community because their son was born blind. They don’t want any further damages to their reputation.

So the Pharisees ask the man again for his testimony. He replies you didn’t listen to me the first time so why should I tell you again. The discussion gets very theological with Moses and God being referenced. Finally, the man says, “Here is an astonishing thing! You do not know where he comes from, and yet he opened my eyes. We know that God does not listen to sinners, but he does listen to one who worships him and obeys his will.” The man confesses his faith in Jesus and for his efforts, the Pharisees drive him out. Once again the community has failed him. Three times he has been shunned. By the community, his family and now by his religious community.

Jesus goes and finds him. Everyone fails this man who was born blind. The only people in this story we can trust are the man born blind and Jesus. We might ask ourselves what does this passage reveal about the communities we live in? How welcoming are we to those who are different? How tolerant are our families? Or is it okay to say Uncle Frank has always been that way, he’s just old and from a different time. How inclusive are we as a community of faith? Do we extend the love and grace of God to those we meet or are we more concerned with our own wellbeing?

The blind man operates as a foil to the Pharisees who are blinded by their own arrogance and sense of self-righteousness. As a result, they can’t see the harm they have caused to the man, nor can they see the truth which is before them in the person of Jesus Christ. We realize that as we read this passage we move very quickly from talking about physical blindness to spiritual blindness.

Have you ever turned in the direction of the sun and been overwhelmed by the brightness? You squint and shield your eyes. It’s the natural thing to do to protect our sight, but not here. Here we need to open our eyes and see the light of the world that is in our midst.

We are journeying towards the events of Good Friday and Easter. After that first Easter morning the resurrected Jesus was walking and he met some disciples. They didn’t recognize him. Only when he broke bread with them later did they realize who had been with them all along. The blind man in our passage, the ignorance of the Pharisees reminds us that sometimes we can’t see what is right in front of us.

Amazing grace, how sweet the sound that saved a wretch like me! I once was lost, but now am found; was blind, but now I see.

The only way we can approach the light of God as revealed in Jesus is by acknowledging our own blindness. That without Jesus we are lost and then when grace passes over us, we can see and we can confess our faith in Jesus Christ. Amen.