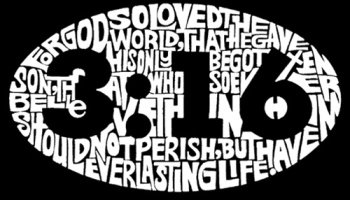 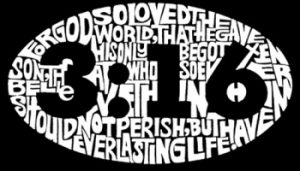 In the second Sunday of Lent we look at the midnight encounter between Jesus and Nicodemus. We allow Nicodemus to ask questions on our behalf, providing a sense of relief that it is alright to ask questions which might seem silly. Additionally, we encounter one of the most beautiful promises in all of scripture found in John 3:16.

I enjoy hiking. I don’t hike nearly as often as I might like, but I do enjoy getting out into the wilderness and going for a walk. I’ve had the opportunity to hike the West Highland Way and I have walked the first 100km of the Bruce Trail, as I used to live near it.

In order to combat the venom, you are injected with an anti-venom and the interesting thing about the anti-venom is that it is made from the actual venom the Massasauga Rattler poisons you with. Fascinating stuff, the same is also true with vaccines and the flu shot. You receive a little bit of what will hurt you, which allows your body to protect itself.

It is amazing how medicine works and interacts with the human body. Growing up an expression that I heard and took to is ‘laughter is the best medicine.’ Which might explain a lot about me. However, considering our passage today I am glad that Nicodemus is one of the characters, because he gives us someone to laugh at. That may sound cruel, but he is the foil in the dialogue which allows us to learn a great deal of truth. He asks questions we are afraid to ask; he looks silly for us. We can rest easy, breath a sigh of relief and try to learn something from the encounter.

Nicodemus has sought Jesus out. He is curious about what Jesus is teaching and would like clarification. However, he doesn’t want to jeopardize his social standing if he doesn’t like what he hears and so he seeks him out at night. In many ways, this encounter between Nicodemus and Jesus mirrors our faith lives. We are not sure how people will react when they learn we are Christians and so we internalize our faith. In fact, mainline Protestantism has cultivated a private faith, that is not showy in public, which does not seek accolades and has done so for centuries.

So there is Nicodemus and he is asking Jesus about God. Nicodemus fully believes that Jesus is divine, it is the only explanation for what he has witnessed. So he asks Jesus about it.

As NT Wright puts it, “…That’s a bit like someone framing their birth certificate, hanging it on the wall, and insisting on showing it to everyone who comes into the house.” In his commentary Wright goes on to clarify this conversation between Jesus and Nicodemus. For Nicodemus what was important was that he was born into the right family. By this he means being a child of Abraham, which is how all Jewish people at the time would have seen themselves. Wright explains, that through Jesus “…God is starting a new family in which this ordinary birth isn’t enough.” (29). What is being referred to is the expanding of Christ’s mission to include the Gentiles or to put it simply that everyone is welcome into this family.

I believe NT Wright helps us navigate this conversation with Nicodemus and Jesus. I also wonder if in this passage Jesus is exercising rabbinical irony and humour instead of divine judgment. Suddenly, there is room for our ignorance too. Nicodemus reminds us that even the most educated, most authoritative among us is still searching. Is still asking questions we might dismiss as silly. The wisdom of this passage is that it provides space for us to search and too laugh.

We have had our laughter, but now Jesus points us to our medicine. In a strange exchange Jesus points back events in the Old Testament where Moses held up a bronze snake and by looking at it those Israelites who were travelling in the wilderness were cured. Jesus says, just as Moses lifted a bronze snake on a pole, in the same way the Son of Man must be lifted up.

Jesus is clearly referring to his death on the cross, indicating that this is how the salvation of humanity will be revealed. That through death, death will be overcome.

This is part of the mystery of this passage and of our faith.

We need to believe.

We need to believe that the death of Jesus helps us.

Lent is a time when God makes the least amount of sense. Still today as followers of Christ we scratch our heads and wonder was there no other way for us to find our salvation.

We need to believe that the death of Jesus helps us. We need to realize that the way into God’s kingdom leads through death. It is counter-intuitive, backwards from the way those around us tell us to live. Yet, there it is.

If you can follow Jesus to the cross, then the words found in John 3:16 are there waiting for you. “For God so loved the world that he gave his only Son, so that everyone who believes in him may not perish but may have eternal life.”

And here is where we must be careful. We like to read John 3:16 in isolation. It is one of the most well known and oft-quoted verses in all of scripture and its promise is beautiful, yet it is also destructive. In John 3:16 we also read an assertion of exclusion, rather than of God’s abundant love and grace.

The reason I say we must be careful is because the words found in John 3:17 follow those in 3:16. We can’t just stop reading at 3:16. Doing so justifies damnation for unbelievers and pictures God as exclusive, distant and uncaring. And that is not the God I know, nor the way I believe we should be expressing our understanding of God. That doesn’t fit in with Jesus whose death is held up as a cure for all people.

John 3:17 reads, “Indeed God did not send the Son into the world to condemn the world, but in order that the world might be saved through him.”

Professor Karoline Lewis writes, “God’s love for the world is not a theory for salvation. It is specific. Particular. As particular as the incarnation itself. God loves a Samaritan woman. God loves a man paralyzed his entire life. God loves a man blind from birth. God loves Jesus’ friend dead in the tomb for four days. God loves Peter who will deny his discipleship.”

If this is how God loves, then it is also how we need to love. And that love may look radical to the rest of the world, but then look at who we follow. One who in loving us allowed himself to be lifted on a cross to die, so that we would be healed, so that we could live. We are invited to love others in an equally radical way.

We are called to love our brothers and sisters, of every stripe and of every tribe. From east and west, north and south, rich or poor, gay or straight, no matter the colour of their skin or country of origin, we are called to love them and to extend God’s love to them.

Lent is a time of disorientation that leads us to Easter where we are properly oriented by God, through the death and resurrection of Jesus Christ. Our engagement with scripture is not about who is right or who is wrong but discovering in it what matters. What matters is that God loves us, God sent Jesus as evidence of that love, that the world should be saved through him. Thanks be to God. Amen.