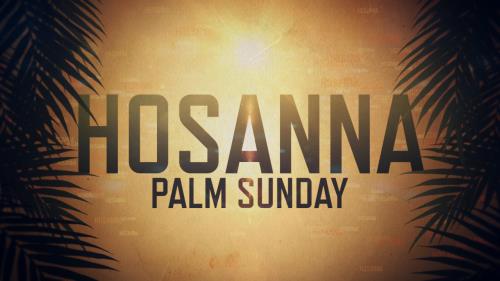 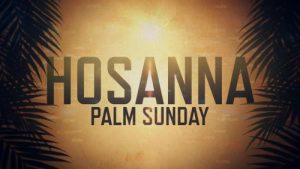 The Triumphal Entry of Jesus into Jerusalem is a passage full of contradictions. On one hand we see the outpouring of love that the people had for Jesus. They declare him their king, they sing hosanna’s. Yet, within a week they will abandon him.

For his part Jesus receives the adulation and how is heart must have broke. Because he knew that he came not to fulfill the surface level expectations of the people, but their heart’s deepest desire.

How odd it must have been to be one of the disciples in those days. I imagine that the two disciples who were sent to find the donkey had bemused expressions on their faces. Think about it, they were sent ahead to the place they were going to get a donkey for Jesus? Not a donkey for everyone, but for Jesus?

I wonder if on their way the conversation went like this, “Three years. Three years we’ve been following Jesus and now he wants a donkey. Now he’s too tired to walk.”

“Yeah and what about us. We still must walk! And the two of us have to do it twice as we have to take the donkey back and them walk back to town with him.”

Of course, we really don’t know what they spoke about, nor do we know which two disciples were sent to get the donkey. What we do know is that Jesus asked them to do this so that the words of the prophets Isaiah and Zechariah might be fulfilled.

At this point those around Jesus must have recognized that something had changed. I imagine that in addition to travelling with the disciples there were others, groupies if you will, who also traveled with Jesus. They weren’t part of the inner circle, but they were curious, followers who believed in what Jesus was teaching.

As Jesus gets on the donkey I imagine a buzz of excitement began within that community. Something was afoot, something had changed. Perhaps, knowing the Jesus was the Messiah they to recalled the words of the prophets. Maybe they overheard Jesus talking to the disciples.

That those two disciples who broke back the donkey said to Jesus, “What do you need the donkey for?” And that those around them overheard the explanation. Somehow, they recognized what Jesus was doing and in an act of utter love and devotion they declared Jesus to be their king.

There is a famous story of Sir Walter Raleigh, one of the great explorers and travelers during the reigns of Queen Elizabeth I and King James I of England. On one occasion, he was with the queen when she was walking through London, and came to a place where rainwater had made the ground muddy and dirty. He quickly took off his cloak and placed it on the ground so the queen could walk over without getting mud on her feet.

The tale may or may not be true, though for some years Raleigh certainly was Elizabeth’s great favourite, but it illustrates the point of this incident. The story of Raleigh taking off his cloak has become famous, partly because it’s not the sort of thing that happens every day … It’s a very special gesture, especially if the cloak is the only one you have. It says quite clearly that you are celebrating and valuing this person as highly as you can. It implies that, if the need arose, you would give them anything else you had as well. – NT Wright, Matthew for Everyone: Part 2, p 66.

Just as Raleigh put his cloak down for the queen to walk on, the crowd that is there with Jesus does the same thing. They place their cloaks on the ground allowing Jesus, riding on the donkey, to walk over them. They walked ahead and cried out, “Hosanna to the Son of David! Blessed is the one who comes in the name of the Lord!”

The crowd on that day declared the kingship of Jesus Christ. They acknowledged him as Messiah, the chosen of God. However, their triumphal entry was not the same as Jesus’s. They expected Jesus to overthrow Herod, to kick out the Romans. That this would be the return of the establishment, that Israel would have its own king and wouldn’t bow to foreign occupiers any longer.

For Jesus, the triumphal entry meant something else all together. Jesus came not to be enthroned and anointed like David, but to be killed. How grim it must have been for Jesus that day. To see the adulation on the faces of the crowd. To see how they glorified him, to see the expectation in their eyes, the joy in their hearts and none of them understood what was really going on.

The people wanted a prophet, they wanted a king, they wanted anyone who would free them from their oppression. They placed all this expectation at the feet of Jesus. And we know what Jesus knew, that their expectations would be crushed. That because of this this now so jubilant crowd would turn its back on Jesus. Even the disciples wouldn’t be immune to this.

The people wanted freedom. The wanted to be rescued from oppression. Jesus says yes to their desires; however he says yes in such a deep and powerful way that those present were not fully capable of grasping just what Jesus was willing to do for them. In some ways, we still struggle with that today.

The hosannas are justified, just not for the reason we imagined.

This story moves me. From the perplexing request of Jesus for the donkey. To watching the disciples obediently following out the request. They understood at some level what was beginning to happen. Yet, they follow through with the request. They know Jesus, they trust Jesus.

The crowds, the way they cheer for Jesus. The looks of hopeful expectation on their faces. The way parents look at their children when the graduate, when they get married. The way new mothers and fathers look at their child, with a look of hopeful expectation. That with you rests the hope of the world. That through you anything is possible, the world is your oyster. A child when it is born has infinite possibilities before it.

This is how that crowd viewed Jesus and the trust that they place in him is heart rending. Not because he lets them down, but because he fulfills that promise in a way that is beyond understanding. Jesus answers the deepest prayer of their hearts, he answers the prayer they didn’t even know they asked. He takes in all their joy and expectation and he answers with life-giving love and a promise that we will never be alone. That’s God’s kingdom will be restored and that each one of us is a part of it.

We stand with the crowd. Our cloaks ripped from our backs to allow Jesus to process. We are there and respond to those who ask, “who is this?” We respond by saying, “This is the prophet Jesus, the chosen one, God with us.”

We respond by saying, I have seen the Lord and it is well with my heart. Amen.