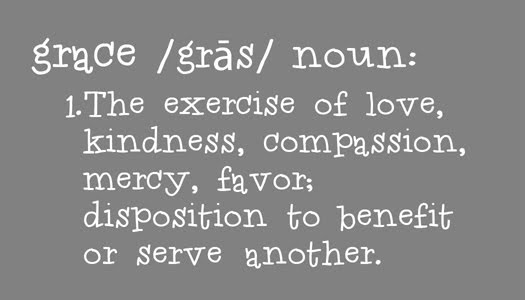 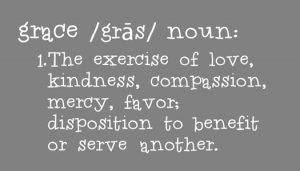 Sometimes we worry about what to wear. As a young person at church I often wondered if other frowned upon my relaxed appearance during worship. Reading the Parable of the Wedding Feast, we might think that God is overly concerned about how we dress. However, when we dig down to the heart of the matter it is not about what we physically wear, but about how we embrace the love of God.

I know why this parable gives me a hard time and I wonder if perhaps you have same difficulty. It’s that individual who actually comes to the wedding, but doesn’t have the proper clothes. The one who gets bound hand and foot, sent to the outer darkness. I read this passage, which comes at the end of our parable and I am just left with a bad taste in my mouth.

I think to myself, really Jesus you’re going to throw a guy out because he isn’t dressed properly? Hardly seems fair, hardly seems in step with everything else that you’ve been preaching. I’m not sure what I think of this. The result is that everything Jesus is trying to teach in this parable gets lost.

It leaves us with the impression that the only thing we can wear to church is our Sunday Best. If you show up in shorts and sandals you might get tossed out. Not really the welcoming image that the church should be providing, yet it is a reputation that church’s often gain. Of course, it also misses the point of the parable.

This isn’t a story about what to wear in a physical sense. It’s about something much deeper than that.

The king is having a feast for his son. Invitations have been sent, but the invited guests do not want to come. So great is their disdain that they actually beat and kill some of the messengers. The king reacts with anger and has them all the invited guests killed. Then he instructs his servants to go out and invite as many people as they can find. So they gather the good and the bad alike.

But one of those folks who comes, we don’t know if he was good or bad, doesn’t wear a wedding garment and is thrown out. The one who is thrown out isn’t much better than those who refused to attend in the first place.

If you are seeing parallels between this parable and what we’ve looked at over the past few weeks, well you should. Jesus is still teaching in the temple, talking to the crowds who have gathered to learn and of course the chief priests and elders are there as well.

The servants who went out to invite the guests in, they represent the prophets and the people did not heed their words. They did not recognize the son when he came.

Today’s message follows up on the parable of the tenants. Jesus is reminding everyone very pointedly that they have turned away from God and that there is a cost for that. Sometimes we just show up for the free food, but have little other interest in being there. God takes offense to that when it relates to our faith and our relationship with God.

The wonderful surprise is that the king invites everyone to the party. In a world and society which likes to segregate this is a wonderful thing. The king does not ask that only the rich be invited or only the poor be invited, instead the king invites everyone to the feast. In a world which divides people up in every way imaginable this is refreshing. There are no divides based on economic status, race, gender, class, employment, sexuality. We are told that the good and the bad alike are invited, what a strange gathering that must have been.

It is interesting how the king makes no distinction between the people who are now invited. It begs the question of how comfortable are we with a God who doesn’t care how good we are at our jobs and has chosen everyone. The actions of the king remind us that what we have built and what we have accumulated have no value in the kingdom of heaven. With God the playing field is level, there are no favourites.

However, we need to ask ourselves an additional question, what expectations are placed on us if we accept the invitation? The parable clearly tells us that the host has expectations, we are supposed to act or dress a certain way. God provides a free meal, God offers free grace, but God is looking for something in return.

Friends, this is a parable about coming to God, about accepting God’s grace and mercy. This is what the wedding garment signifies, God’s grace. The guest who was sent out, refused the grace God offered. Just as the initial guests refused God’s grace. Our actions and choices matter, we are free to refuse God’s gift we can refuse to put on the garments of grace. However, here Jesus clearly indicates that such a choice comes with a consequence.

What does it look like when we refuse to put on God’s garments of grace, when we refuse to live as God’s people? It’s a watered down, diluted, weak faith. It’s a form of the good news that only seeks to pacify and appease. It does little more than show up, it doesn’t move people, it doesn’t challenge people and it doesn’t do God any justice.

It isn’t enough to just show up anymore. Let’s be clear, it was never enough to just show up. Just showing up doesn’t honour God. The time of the kingdom of heaven is now, not tomorrow, not next week or next year. The time is now and God needs us to put on those garments of grace and to provide love and mercy throughout the world.

Author Diana Bass shares the following, “More than forty years ago, mainline Protestantism began its decline. During the time of greatest loss, scholars and critics assigned blame: that liberal clergy, out of step with their congregations, pushed political agendas … that drove people away.

“This became conventional wisdom. Most people believed it. Many still believe it … There was a huge membership decline [that continues today.] So, we looked around. What caused the trauma? We wanted to go back and correct the mistake.

“Thus, we stopped talking about the world. Instead, we talked about us. Big fights over worship styles and re-structuring. About hymn books and moving pews. Feminism and LGBTQ rights came knocking on our doors, and they were like the persistent woman in the parable. We didn’t really raise those issues as much as respond to them. And, even then, we kept trying to figure out how not to lose numbers.”

Bass concludes, “Shouldn’t we be blowing our wad now? Instead of hoarding an uncertain future, huddling in fear in our church board meetings and talking about ourselves at every single denominational event, isn’t it time to be free? Free to preach the good news of peace. Free to preach real liberty to the captives…”

Isn’t it time that we embraced the garments that God has gifted with us and to share them with the world. The complacency, conformity and apathy we see in the world is disturbing and we need to ensure that we do not become affected by these things.

Don’t be like that wedding guest who gets tossed out. Don’t refuse to wear the mantle of grace. Don’t pick apathy over action. Don’t pick complacency over caring. Don’t pick conformity of the masses over the will of God.

In my study I have a quote attributed to Pakistani politician Benazir Bhutto, “A ship in port is safe, but that is not what ships are built for.”

Following in the way of Christ, putting on garments of grace calls us out in to the world. Embrace those garments and the responsibility that doing so comes with. Amen.