A Sense of Timing 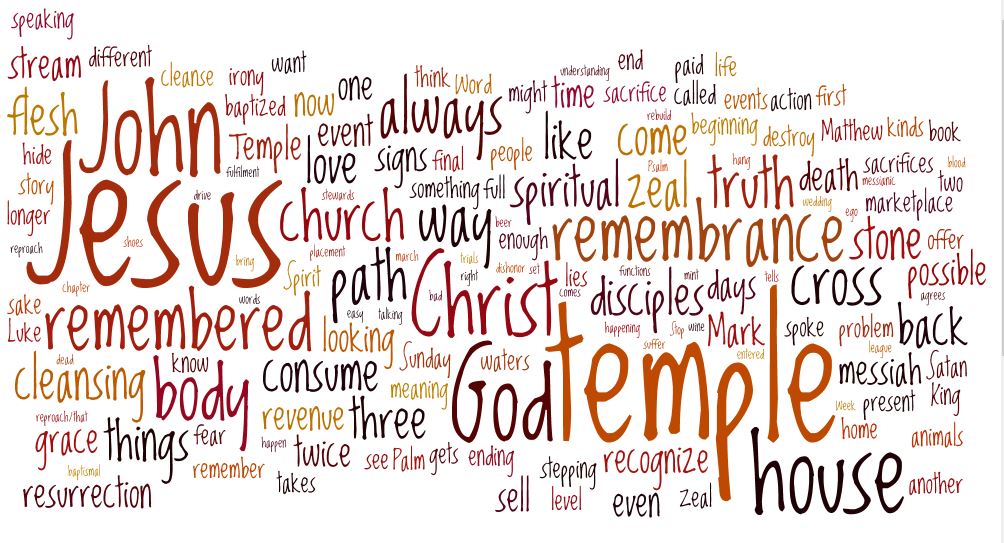 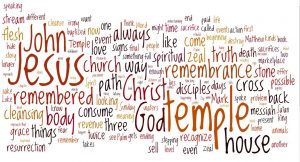 The third Sunday of Lent has us journeying to John’s gospel. Here we have a slightly disembodied encounter. We witness Jesus clear the temples courts. An event that surely belongs in the season of Lent, though the positioning in John’s gospel is curious compared to other gospel accounts. What does this sense of timing tell us about God, Jesus, Lent and ourselves?

A Sense of Timing

In the movies, television and fiction the heroes of the story often arrive when the sense of drama is at it highest. Something we might term the climax. Often, especially with science fiction, the complaint will arise why couldn’t they just use the warp drives? The answer? The plot demanded something else in order to build a sense of drama and tension in the story.

At the end of the day it comes down to timing. Timing becomes an interesting issue as we consider our gospel lesson for today. We find ourselves in the second chapter of John. Jesus has just left a wedding and is now in Jerusalem for Passover. While there he clears the temple courts shouting, “Get these out of here! Stop turning my Father’s house into a market!”

Nothing out of the ordinary here is there? Except the timing is off, by almost three years. John has a strange sense of plot and drama. He places the clearing of the temple by Jesus near the beginning of his gospel. In the other gospel accounts, this scene is found near the end. In Matthew it appears right after the triumphal entry of Jesus into Jerusalem.

So why do John put it at the beginning? What is up with his sense of timing? If I’m honest, on first brush it looks like John’s sense of timing is way off. If we consider the placement of this encounter in John’s gospel, Jesus wouldn’t have lasted three years in ministry. The temple authorities would have hauled him out and arrested him right then and there.

Perhaps there is another reason. Maybe Jesus does this twice. Once at the beginning of his ministry as John shows us and once near the end as the other gospel writers tell us. Maybe John moves this story because he wants to make a point. It will help us understand something deep and profound about Jesus and the gospel.

But what do we do with the fact that the different gospel accounts clearly tell this story in different orders? What does that do to our sense of history and timing? With the realization that the gospels are not hard and fast historical accounts of what happened. We should not that based on when’s John’s gospel was written there is a very good chance he was aware of and had read at least one of the other gospels.

And here is where we end up in trouble. Instead of trying to understand the heart of what the gospel is saying to us, we are trying to analyze it, take it apart and explain it away. Instead of experiencing God’s word we are busy tearing it up. We are unable to allow the gospel writer to reveal things at the speed of plot and experience the wonder that doing so will allow. We would rather explain God away, than get to know God.

This is the same God who came to visit Adam and Eve in the garden on the evening breeze (Genesis 3:8). A passage which speaks to the intimate nature that God desires to have with us. But rather than experience that we would rather try to explain it all away.

This is the God who comes to us in the person of Jesus, who says I AM. I am the truth, the way and the life. I am the Good Shepherd. I am the true vine. And rather than sitting in the wonder and amazement of what that means, we dissect it and try to understand it on a purely intellectual level.

So, what’s John going on about? Because just as his version of this story is at the front of his gospel, it’s also radically different than what we find in the other gospels. In the other accounts, the temple has become a den of thieves! In John’s account Jesus is suddenly shouting about destroying the temple!

But hold your horses. Who is saying things about tearing down the temple? Well it’s Jesus, it isn’t anyone else who is saying this. As far as everyone else who was present that day, it’s Jesus who is destroying the temple as he scatters the coins of the money changers and over turns their tables. Chasing them with a whip no less!

The temple was where the people of Israel and God met. Why would anyone want to tear it down? We might think that Jesus is a little off his rocker here. What right does he have to do what he’s doing? I know we know the answer to that, but at the beginning of his ministry as John positions it, what right does he have?

John does us a favour, he reminds us that the temple Jesus was referring to was his body. That he would die and be raised from the dead. This is the reminder of Lent and it is also a reminder of what John’s gospel is about. About the word made flesh. In the beginning was the Word, and the Word was with God and the Word was God.

Jesus is the living Word, his body is the Word of God incarnate. John is reminding us that those first versus of his gospel aren’t just a few catchy lines of poetry. Throughout John’s gospel Jesus will refer to himself in various ways as I AM. A reminder about the embodiment that Jesus represents.

What is so important about his body and why the sense of timing in John’s gospel, what can we glean from this in our world, in our present time?

Karoline Lewis writes about this passage and this issue of body and timing. She writes, “Lest we ever forget that the Word became flesh, Jesus’ body, is the temple and then there will be a body on a cross and a body missing from a tomb.

So, it is the right time:

It is the right time…

The temple incident is just the right time. Just the right place. Because without it Lent is metaphorical at best and disembodied at worst (Working Preacher).”

A reminder that what we do is not about this place, as much as it is about what this place reminds us we should be doing. Sharing love, sharing experience. Improving lives, improving the world.