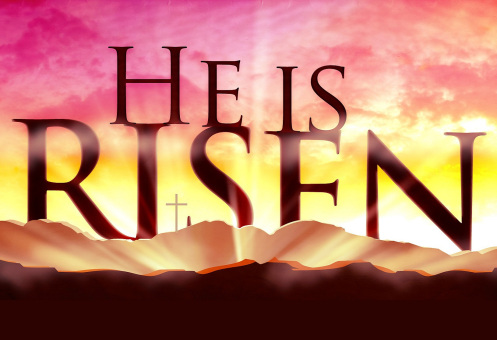 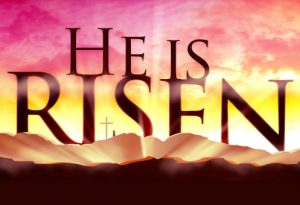 He is risen indeed!

The glorious chorus is raised on Easter morning. The tomb is empty, Jesus is alive, death has been conquered.

The resurrection of Jesus is a central theme and doctrine of the Christian faith. We are resurrection people, but do we know what that means for our lives? Do we understand the implications that being Easter people places on our lives?

(Ministers Note: I often find it amazing where we can find hints and testimony for God in the world. The lyrics to this song speak to resurrection. This song was featured on the soundtrack for the Avenger’s film).

Do you believe this day that Jesus Christ is alive? That the tomb is empty?

Do you believe that the promise of the resurrection is yours?

Do you know what that means for your life?

This morning is Easter Sunday, a day when we pronounce that Christ is alive. But our passage in John’s gospel is about more than the resurrection of Jesus. It is about an empty tomb, a foot race, loneliness, desolation, defeat, suffering, questioning, agony, grief, joy and jubilation for I have seen the Lord!

For Simon Peter and the beloved disciple this passage is a bitter pill, it holds emptiness and desolation. The tomb is empty, strips of linen lying about. No body. No Jesus. It is defeat upon defeat and grief poured out on more grief. Not only is Jesus dead, but is body is missing. And they go back to where they were staying.

Mary also experiences this grief and confusion. She suffers alone and remains in the garden.

It seems that in his gospel account John was telling us that in order to get to the resurrection, we need to first suffer through the emptiness of the tomb. We must experience that overwhelming sense of loss to gain appreciation for what it means to proclaim that Christ is risen.

In her book God in Pain Barbara Brown Taylor writes, “Christianity is the only world religion that confesses a God who suffers. It is not that popular an idea, even among Christians. We prefer a God who prevents suffering, only that is not the God we have got. What the cross teaches us is that God’s power is not the power to force human choice and end human pain. It is, instead, the power to pick up the shattered pieces and make something holy out of them – not from a distance, but right close up.”

God through Jesus has suffered on the cross and in our passage this morning Mary is suffering from that loss. The loss of her friend, the death of Jesus who is the Messiah. She is fearful and perplexed by the empty tomb. But unlike the disciples she does not return home, her eyes are made to see and she realizes that the tomb is empty because Jesus is alive.

Mary learns this truth. She realizes that God through Jesus didn’t come to end pain and suffering, but to create something new through pain and suffering. To pick up the pieces of broken and shattered lives. And there is Mary by the tomb, weeping, raw with emotion. The death of Jesus has shattered her, her life as she knew it is in pieces. And then she discovers that in the midst of that grief Jesus is present there with her, helping her to pick up the pieces and to make sense of God’s plan in creation. God’s plan for redemption.

But we confess a God who suffers. Not a God who will take away our suffering because it is too much, but a God who will endure it with us and who will be there with us on the other side. In our opening hymn this morning we sang the words, “In every insult, rift and war, where colour scorn or wealth divide, Christ suffers still, yet loves the more and lives, where even hope has died.” (Hymn: Christ is alive, verse 3).

I think we like to assume that the resurrection is the end of the story. Jesus appears to Mary, puts in an appearance with the disciples, ascends to heaven and that’s the end of it. The End. We reach the end of the gospels and we’re done. We know the good news, we dutifully show up on Easter Sunday and proclaim that Christ is risen and then we continue with our lives as if nothing has happened. Except that isn’t right. It couldn’t be further from the truth, because the story isn’t over. The story continues and it continues with you.

Remember, who was it who was raised?

“Someone rejected, mocked, condemned, and executed by both the political and religious establishments was raised. A convicted outlaw, troublemaker and rabble rouser was raised. A condemned blasphemer and lawbreaker was raised. A nonviolent nonconformist who included the outcasts – and therefore became an outcast – was raised…” (McLaren, Brian D. Why did Jesus, Moses, the Buddha, and Mohammed Cross the Road?: Christian Identity in a Multi-Faith World. Jericho Books, 2012, p. 175).

Author Diana Butler Bass writes, “God did not send the “gift” of a dead child for salvation. God gave the gift of a child to the world to embody the way of shalom and to upend the empire of death. The Empire killed that child. But God wouldn’t let that execution be the last word. That’s the Easter story.”

In picking up the shattered pieces of our lives, by suffering on the cross God is showing us a new way forward. A way of peace. The world wasn’t interested in that message and so they killed God. The religious and political authorities of the day didn’t like what they heard and so they killed God. What they couldn’t know, what they couldn’t possibly count on was that God was so bent on bringing peace, on showing mercy and love that death could never be the end of the story. That’s Easter. That’s an empty tomb. That’s moving forward. That’s resurrection.

Resurrection is a story we know we are going to hear at Easter. Its a given. We may hear it at other times during the year, but on Easter Sunday the one thing we can count on is the minister standing before the congregation and saying Christ is Risen!

But I don’t stand before you today to remind you of some event two thousand years ago. I tell you about resurrection because yesterday, today and tomorrow resurrection is happening. That the God of creation is alive and active in the world. That in the brokenness of this world, God makes things holy. That an execution, a death can never be the last word.

The world can be a dark place.

God did not give a child for your salvation. God gave a child to show you a way of peace and love. We cannot allow hatred, intolerance and death to be the final word. Easter has dawned. Resurrection calls us forward into new life.

And so, we dance. We leap up high, for Jesus Christ is the life which shall never die. Thanks be to God.