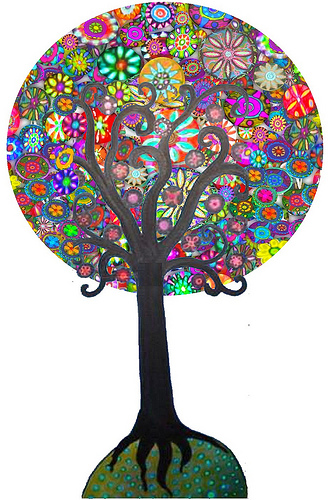 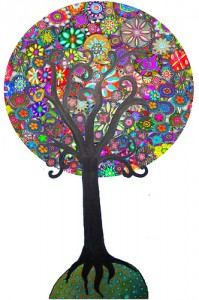 In life we make a lot of promises. To our parents, our siblings, spouses and friends. Some of these promises we keep and others we don’t. In the passage from Ezekiel that we will consider today we receive promise from God.

What does it mean to us that God makes promises? How should our own promises be considered?

You may find it helpful to read the article: Preparing for Sunday: God’s Promise before reading the sermon below.

Have you ever read someone’s diary? Or snuck into a room you shouldn’t have been in, perhaps your father’s or your grand-fathers study and picked a book off the shelf and began to read it? You knew the contents of the book weren’t for you, but you read it anyway. Do you recall what a thrill that was?

Reading the Bible is very the same thing. The Bible was not originally written for us. The authors of the many books of the Bible had another primary audience in mind. When we read scripture we are getting an intimate look into the lives, thoughts, and feelings of other people. We hear about their joys and their problems. Luke is the author of the gospel of Luke and the book of Acts. He wrote those books to a man named Theophilus. By all accounts those two books are personal letters to this man to share the good news about Jesus and the beginning of the early church. 1 Corinthians was written by Paul for the church in Corinth. The book of Timothy was written by Paul to Timothy. Yet, God has used scripture, has preserved it to provide insight about God to us. We get to read these stories from the past to understand more about God.

The book of Ezekiel was written after the Babylonian Empire had attacked and conquered Jerusalem which was in the southern kingdom of Judah. The practice of ancient empires was to transplant conquered people and move them to different lands to reduce the chance of a rebellion. So the Israelites were sent to Babylon. Ezekiel writes during what is known as the exilic period.

Friends, the words Ezekiel writes in this passage are not directed to us. Ezekiel is writing to his ancient audience, those Israelites who have been transplanted and are now living in exile in Babylon. However, in reading these words we catch a glimmer of the character of God. Of God’s desire for consolation. God does not appear and destroy the Babylonians, instead God appears and like a gardener God plants and makes something new. God is always interested in creating, not in destroying and tearing down.

It gets more interesting, if you read the book of Ezekiel you realize that Ezekiel tells the Israelites that it is their own fault that they are in exile. He tells them this because they did not follow God’s law. Ezekiel holds King Nebuchadenezzar of Babylon up as God’s instrument. Now here is a quick aside for fans of the movie the Matrix. What is the name of the hover craft that Morpheous, he who dreams dreams, Trinity and Neo travel in? Now watch the Matrix again, not as an action movie, but as a critical commentary on our society on themes of exile and belonging and look for other Christian images in the film. They are there.

Friends there are two dominant themes which are found in this passage from Ezekiel: Exile and God’s promise.

We will approach these themes in two different ways. For this we will borrow from the realm of economics with the terms macro and micro. Macro which is the big picture and micro which is the smaller picture.

In the world today we are the super-power. When we consider this passage from the perspective of our geo-political and social context we are Babylon. North Western society is the dominant Empire in today’s world. So this story can be hard for us to hear and understand.

We don’t think of ourselves or our nation as being a subjugator. Only a few decades ago Canada’s international presence was synonymous with the blue berets of a United Nations peace keeper. That’s what we were known as, peacekeepers. However, within the larger context of North America and Western Europe there is no doubt that we are part of the global dominant powers. We have to consider how this passage speaks to us in light of that. How do we from a position of privilege within the global community oppress and suppress others so that our life style is maintained.

We can see and reflect on how within the global system of power we, who live in Canada, could be viewed as oppressors. Through our wealth we keep others in economic exile. We need to be aware that other people, in different parts of the planet will read and hear this piece of scripture very differently from how we read and hear it. This does not make any one interpretation more valid than the other and my intention is not to make you feel guilty. Rather it is to build an awareness of how we read and interpret scripture. It forces us to ask the question are we the high tree or the low tree? Are we the strong or are we the meek?

However, what of the other view the micro perspective? How do we look at ourselves as individuals inside this global power? In what ways does our society and the context that we live in threaten, marginalize us and force us into exile?

I will start with an obvious one. The church, Christians and individuals of other faiths are being marginalized. We are being pushed to the side lines and are told we are irrelevant. That the truth and wisdom found in a two thousand year old book just doesn’t measure up to the world today. Yet, all around me I witness people asking spiritual questions, seeking answers to the problems they face in life and I watch them come up short all the time.

Now, I’m going to confess something to you. I am alright with being told that as a Christian, even as a minister, that I am irrelevant and that I have nothing to offer. Not because I believe it to be true, far from it. I am alright with this because it frees me from the shackles and constraints of expectation. It frees me from two thousand years of tradition, of being viewed as a source of authority and allows me to engage with people and their questions in a fresh way that defies expectation.

In what other ways do we find themes of exile and marginalization within the life in Canada?

I could go on.

Friends, we all woke up this morning and all was well. Or at least all was well enough. We swung our legs out of bed and called the day good. We made it to church and on the surface all is well. We have come and we have worshiped God. We have been blessed by special music this morning from the St. Mary’s Singers. We give thanks to God for these young people, for their gift and willingness to share it.

We will leave this place feeling good, we will leave on a high note. On the surface all is well, but underneath the surface there is a tempest brewing. Perhaps not in our own personal lives, but there is a storm brewing and we are aware of it. A malaise within society. We wonder if as a society we are heading in the right direction. If we are going to be alright. What the world will be like for our children and our children’s children. For some people in the room today, we could extend that metaphor a few more times. We wonder what we’ve left them.

When we hear the leaders of the G7 say no more fossil fuels by 2100 we applaud the vision. However, we recognize that it will be our children’s, children, children who will lead out this vision. A vision which is just that, it has no working targets. We wonder if it’s too little and far, far too late.

We don’t talk about it much, because if we talk about it we might have to deal with it. And dealing with these issues is hard, difficult work and seemingly no one wants to do anything about it.

However, we are aware of these and other issues. Items which seek to overthrow the ideal world we have constructed for ourselves. And I don’t just mean us who are assembled here, but everyone. We can all look to our own lives and find themes of exile and isolation. Times when we have been brought low, by circumstance and those around us.

We look to our passage this morning. A piece of scripture written for people who lived over 2500 years ago on the other side of the planet. People who had lost a war, had lost everything they held dear. The world as they knew it had ended. Within this piece of scripture we find a promise, a glimmer of hope.

The promise we find, the hope we see is God. In our passage this morning God makes a promise. While this passage may not have been written for us, it does provide us with a sense of the character of God. God who makes promises, God who will create a new tree, who will bring low the high tree and raise up the low tree. This is what God promises and while the promise was made to the Israelites 2500 years ago because it reflects on the character of God we know that this is how God operates.

We live in a world where hope is often hard to come by. Now I know I’m harping on the negative, but consider for a moment that politicians, celebrities, friends and sometimes even family can let us down. Each of these can smother our hope for a better life, a better future.

Yet, we are called to put our hope in God.

Theologian James Duke writes, “Those who invest hope in God’s promise are not making a hedged bet; they are asked to commit to a hope beyond their already dashed hopes. In so doing, however, they undertake a real risk too, a risk of faith.”

When we hope in God, we also take a risk of faith. But when we look to the character of God we find repeated evidence in scripture that our hope is not in vain. That God makes promises and that God keeps promises.

The tree that God plants echo’s the parable of the Mustard Seed which we also read about today. It puts forth large branches, so that the birds of the air can make nests in its shade. With God we know rest, we know comfort, we know our hearts true joy. These are a part of the promise made by God.

Take heart and trust. For we also read, “I the Lord have spoken; I will accomplish it.” Amen.